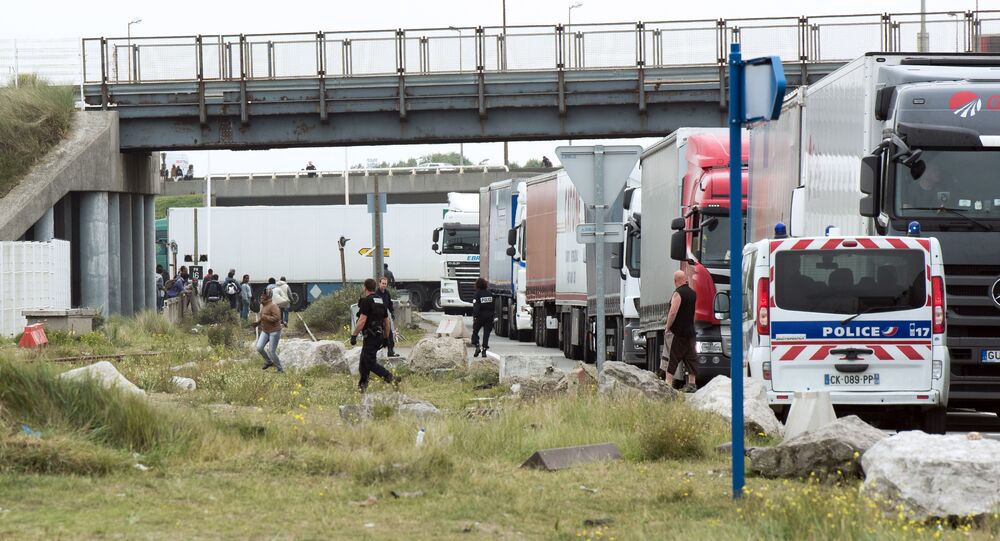 The amount of illegal migrants, which were intending to cross the UK borders, has doubled this year. The UK is one of the most attractive countries for migrants due to its social benefits.

MOSCOW (Sputnik) – The number of migrants prevented from entering the United Kingdom has doubled in a year, Sir Charles Montgomery, the head of the UK Border Force, said.

More than 30,000 people were detected by British officers at Calais and other Channel ports in the 10 months to the end of January, while in 2013-14 the number was at 18,000, Montgomery told the Home Affairs Select Committee on Tuesday.

The Border Force head said that it was not possible to stop all illegal migration.

“I cannot look this committee in the eye and say I can operate 100 percent control so 100 percent of clandestines will not get across the border,” he said.

The United Kingdom is one of the most popular destinations for migrants due to its perceived favorable social benefits, from free health care to a generous welfare system.

There are some 2,500 African migrants in Calais, the closest French town to the United Kingdom, seeking entry into the country, media reported last December.