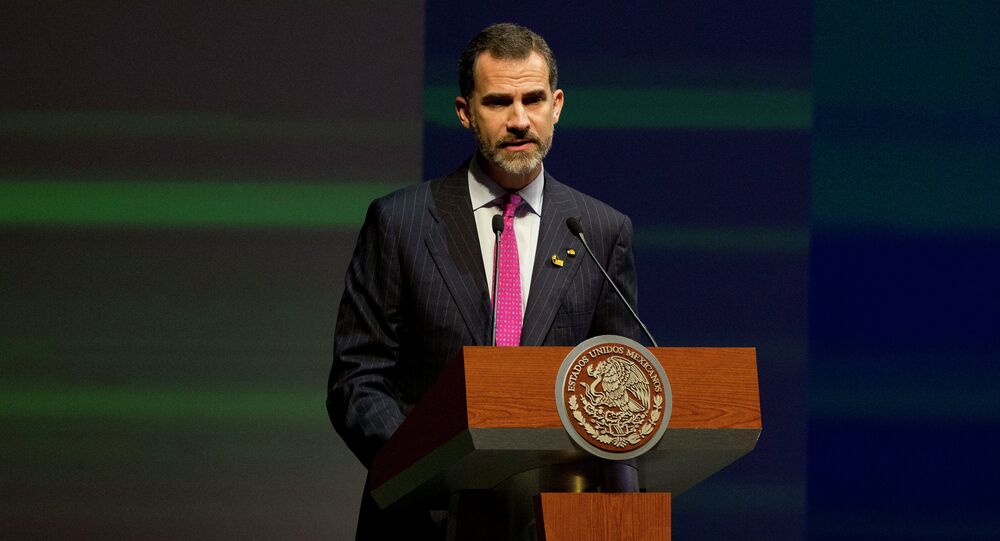 Spanish King Felipe VI has decided to cut his salary by 20 percent. The official website of the Spanish Royal Palace states on Tuesday.

MOSCOW (Sputnik) — Spanish King Felipe VI has cut his own annual salary by 20 percent, with his new income estimated at $265,000 per year.

Felipe VI was proclaimed King of Spain in June successing to his father Juan Carlos. This decision was made to improve the approval rate of the monarchy.

Juan Carlos received around $330,000 in 2014, when he still was the head of state. The authorities started publishing the King's incomes in 2010 amid the economic recession in the country. The palace budget has been cut or frozen each year from 2010 as a result of continious Royal family related scandals. In 2012 Juan Carlos provoked public outrage by going on a luxury safari to hunt elephants.

However, this year the overall budget allocated for the Spanish monarchy remains unchanged at €7.8 million ($8.8 million).

When the new budget was aproved by the Spanish parliament, several factors were considered, including the salaries received by German and Italian heads of state, and the income of the European monarchs.

Ministry Says Unemployment Benefits in Spain Down 6 Percent in 2014