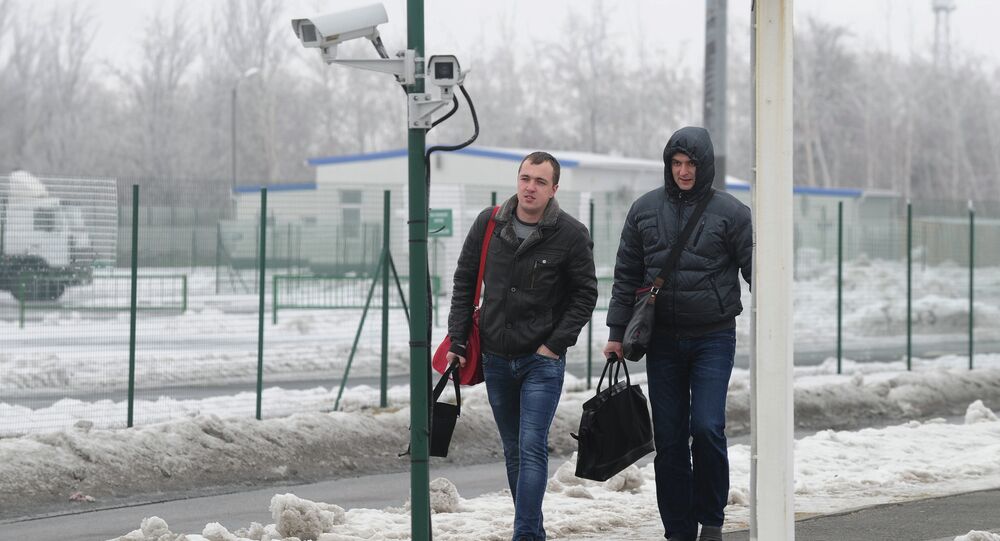 One million and 270 thousand Ukrainian citizens of the draft age reside in Russia, according to Secretary of Russia's Security Council Nikolai Patrushev.

"There are one million and 270 thousand Ukrainian citizens of the draft age residing here [in Russia]. Some of them are dodging from the draft," Patrushev said in an interview with the Rossiiskaya Gazeta newspaper to be published Wednesday.

Patrushev said that some 500,000 Ukrainians had already received refugee status or temporary residence permits in Russia, and Moscow was not planning to close the border for those who are still coming despite some difficulties with their placement.

© AP Photo / Efrem Lukatsky
Ukrainian Recruit: I Don't Want to Fight for Those Who Don't Care About Us
In January, Russian President Vladimir Putin noted that many Ukrainians are dodging mobilization by leaving for Russia to avoid being sent to the conflict zone as "cannon fodder."

In 2015, Ukraine plans to hold three waves of mobilization. The first one, intended to draft 50,000 conscripts, began January 20 and will last 90 days. The second wave will begin in April.

Over 1,400 Ukrainian soldiers have died since the start of Kiev’s military operation against independence supporters in the eastern regions of the country in April, President Petro Poroshenko said last week.