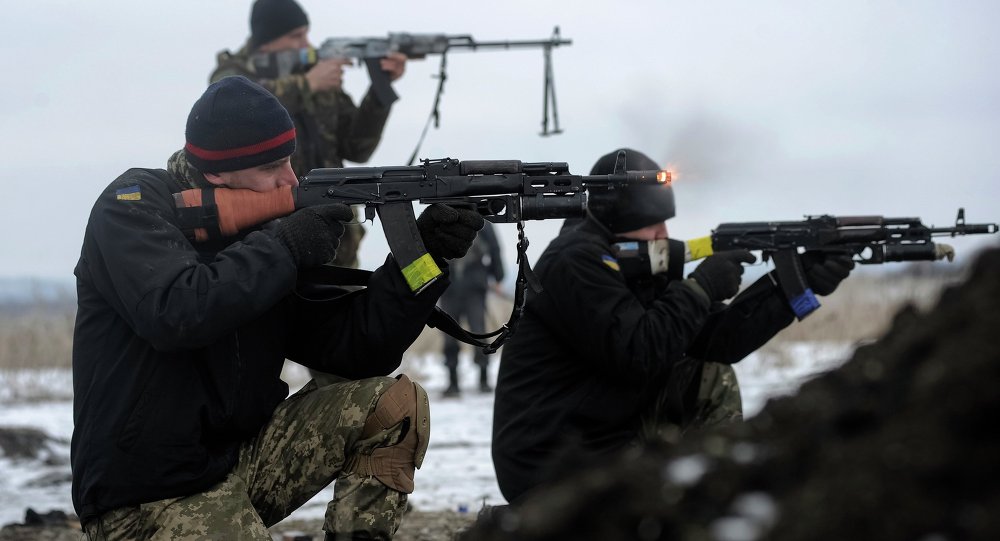 A Swedish-run NGO operating in Lithuania has begun the military training of small numbers of Ukrainian soldiers in the country.

The two week training course is being conducted under Blue/Yellow's supervision, with the assistance of other Lithuanian non-governmental organizations, Lithuanian news site Delfi.lt reported.

"This is the first project of its kind to be organized in Lithuania," Blue/Yellow director John Ohman said. "Ukraine is facing a general mobilization. We see the need and necessity for the training of military advisors. Upon returning to Ukraine, they will share their knowledge, so that locals will be able to defend themselves and their country."

Ohman, a Swedish-born director known for creating an anti-Russian film about the Soviet occupation of Lithuania at the request of the Lithuanian Foreign Ministry, has been criticized in the Russian media for this latest publicity stunt; Rossiyskaya Gazeta noted that "Ohman and his 'NGOs' are unlikely to have the necessary skills" to train anyone for combat.

© AP Photo / Efrem Lukatsky
US Training for Ukrainian Military Underway
Ohman has stated that the move is his group's small way of defending Europe against Russian aggression. "The situation is very serious. Civil society is taking it upon itself to defend Europe. This is something akin to 'Maidan'," Ohman noted.

Blue/Yellow, a project which appeared last year, has previously conducted several small protests. Russian news agency NewsBalt.ru has reported that a Lithuanian source familiar with the training event has told them that these soldiers may be used to stage a provocative demonstration at the Russian Embassy in Vilnius ahead of the latest peace talks on Ukraine.