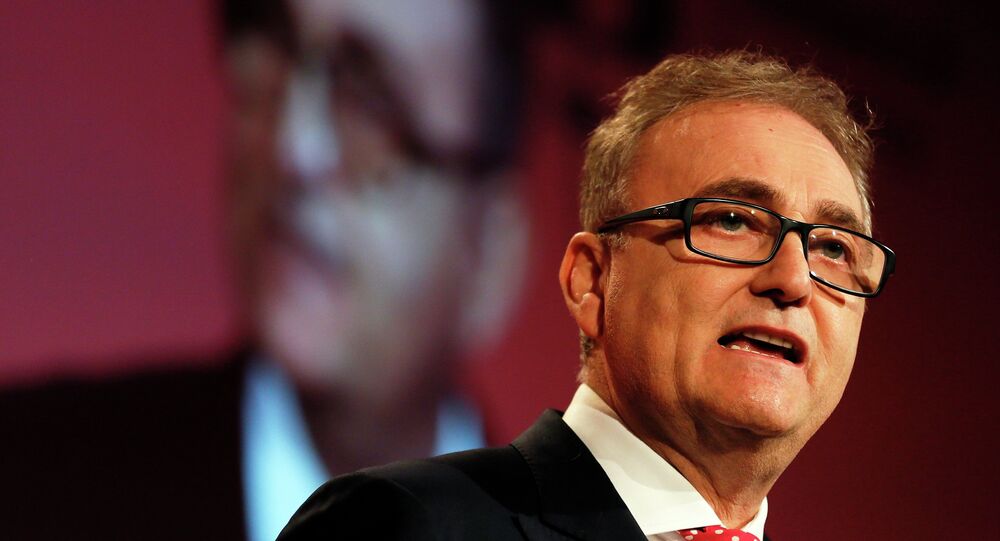 John Longworth, Director General of the British Chambers of Commerce, which represents thousands of UK businesses, called for an early referendum on the UK's EU membership.

© AFP 2020 / LEON NEAL
More Britons Claim Welfare in EU Countries Than Their EU Counterparts in UK
MOSCOW, (Sputnik) – The Director General of the British Chambers of Commerce, which represents thousands of UK businesses, called on Tuesday for an early referendum on the UK's EU membership.

"We need to bring the referendum date forward because two and a half years of uncertainty isn't good for growth and investment," John Longworth said in an interview with the BBC.

British Prime Minister David Cameron has vowed to hold a referendum on the United Kingdom's membership in the European Union by 2017 if his Conservative Party wins the upcoming elections, scheduled for May.

© REUTERS / Facundo Arrizabalaga
Cameron: UK to Reform the EU and Remain a Member

The country's second and third largest parties, Labor and the Liberal Democrats, have opposed holding the vote. However, if Labor wins the next election, the party would be under great pressure to hold a referendum, according to Longworth.

The current situation creates uncertainty, and Chambers of Commerce members, employing over 5,000,000 Britons, would like an early referendum, he said, calling for a vote on EU membership in 2016.

Longworth added that UK businesses wish to stay in the EU trading bloc but do not seek any further integration or to join the Eurozone.