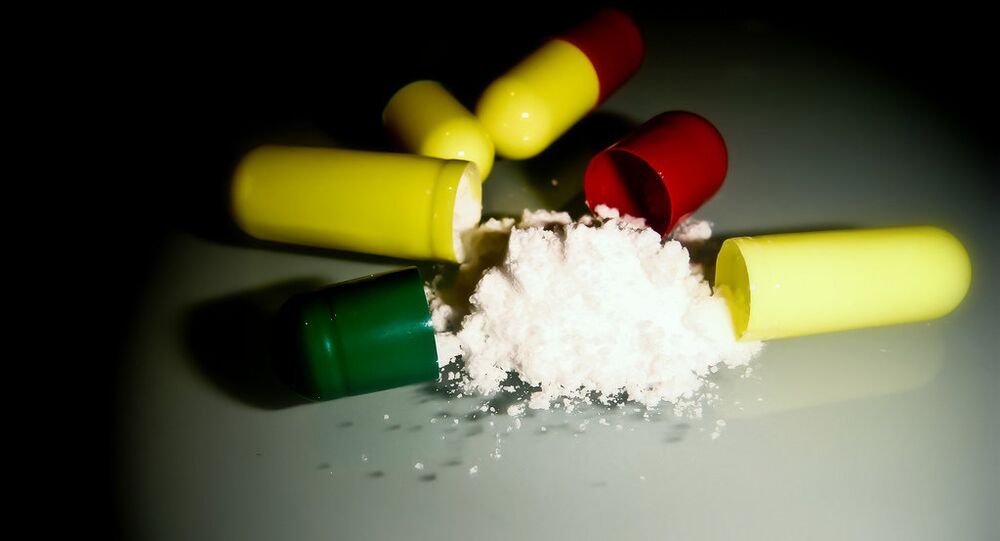 There are around 200 synthetic psychoactive drugs, so called legal highs, being sold outside existing laws in England. Mad Cat, Banshee Dust and Benzo Fury are just some of names given for the alternatives to illegal drugs like cannabis, ecstasy and speed.

Chemists manufacture the psychoactive substances at an astonishing rate with a new unclassified and so-called ‘legal high’ drug released onto the European market every week.

But no one knows exactly what the psychoactive substances contain — and little is known about the potential side effects of the legal highs either.

According to think tank, Centre for Social Justice, more people are taking legal highs in England than anywhere else in Europe, which is having a damaging impact on society.

Data from a freedom of information request sent to police forces in England by the think tank shows that the number of incidents involving the drugs has increased threefold in just one year.

Police in Lincolnshire were found to have the highest number of incidents in 2014, with 820 legal high logs; followed by South Yorkshire with 465 and Hampshire with 403 police related incidents involving legal highs.

The figures from the forces around England also reveal a huge increase in some parts of the country in the last two years.  In Greater Manchester, the number increased 17-fold from six in 2012, to 104 in 2014. West Yorkshire saw a 25-fold increase over the same period from 13 to 324.

But that number could be far higher. Twelve of England’s 39 police forces did not respond to the freedom of information request sent by the Centre for Social Justice, including the Metropolitan Police.

In 2012, 97 people died from causes associated with taking ‘legal highs’ in England, compared with 12 in 2009, and the number of people receiving treatment for taking the new psychoactive substances jumped by 216 percent in the last five years.

The Centre for Social Justice is calling on new police powers to close shops selling the legal highs. According to Christian Guy, Director of the think tank, “As well as posing worrying health risks, these figures suggest ‘legal highs’ are placing increasing pressure on public services.”

“It is too easy for young people to walk into high street shops and buy these drugs – many of them as dangerous and addictive as Class A substances”.

The British Government has introduced temporary banning orders that ban certain substances for a year. In February 2013, a range of cannabis-like compounds was made illegal. However within days, a new range of products became available to buy that contained slightly different compounds, suggesting that the development of these drugs is outpacing the government’s banning orders.

“If we want to start responding to the problems caused by ‘legal highs’ we need to clamp down on those making a living out of selling them”, Guy says.