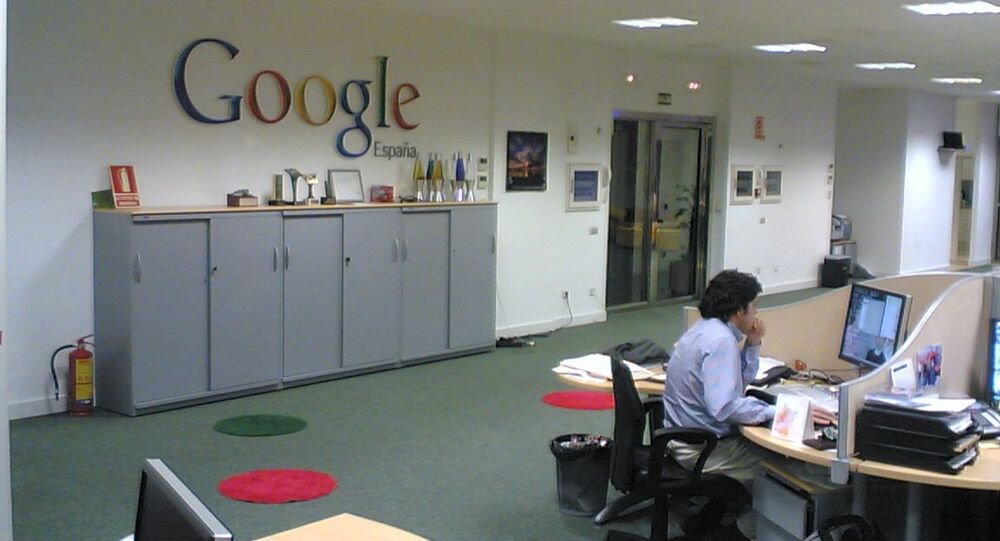 Google Spain has been forced to eliminate some of its autocomplete predictions that explained how to join jihadists, and the Islamic State (IS) militant group in particular, Spanish media reported Monday.

© Sputnik
Google Stops Being Unwitting Partner in ISIL Recruitment
MOSCOW, (Sputnik) – Previously when a Google Search user in Spain entered the word “I want to join…” the second and the fourth autocomplete search results in Spain used to show “I want to join jihad” and “I want to join IS” accordingly.

Last week, Google deleted similar autocomplete results in its UK version. One of the most popular search results of “How can I join” automatically completed with “ISIS” (IS).

Google explained its move by saying that the company tries to constantly improve its Search system by excluding search queries related to pornography, violence, and copyright infringement.

Islamic State is a jihadist group, which has proclaimed a caliphate over swathes of land it controls in Iraq and Syria, draws fighters from across the globe. Over 15,000 foreign fighters, including many Europeans, have travelled to Syria to join extremist groups since 2011, according to UN estimates.