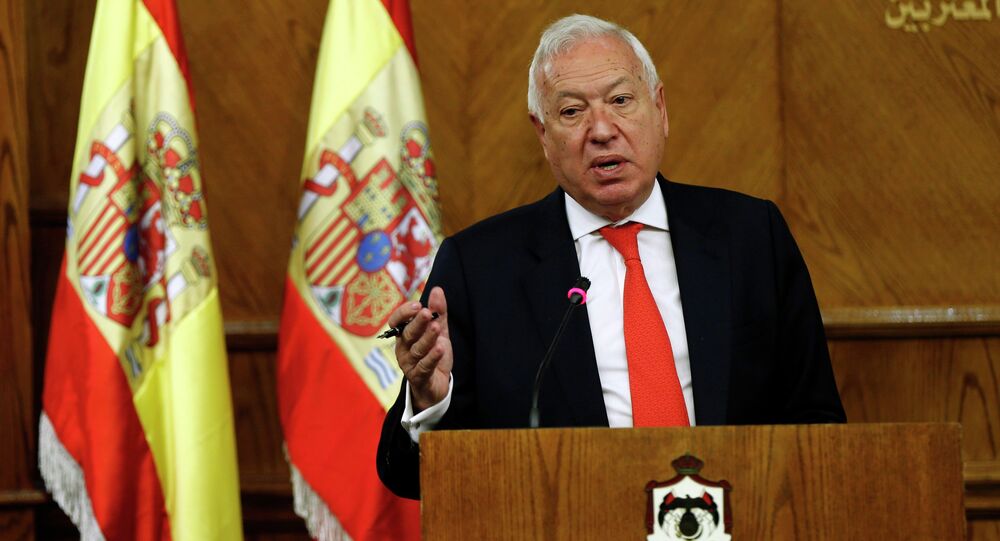 "Sanctions have cost all of us dearly; the EU has lost 21 billion euros at this point. In Spain, we have suffered in agriculture and tourism," Garcia-Margallo said before a meeting of heads of European Union foreign ministries.

© AFP 2021 / DPA/ JAN WOITAS
German Business Hopes for End to EU Sanctions Against Russia
The internal conflict in Ukraine has become a major point of contention between Russia and the West. The European Union, the United States and a number of allied nations have imposed several rounds of restrictive measures against Russia, aimed at weakening the country's defense, banking and energy sectors.

In response, Russia instituted a one-year embargo on food from the United States and Europe, banning imports of meat, fruit, vegetable and dairy products.