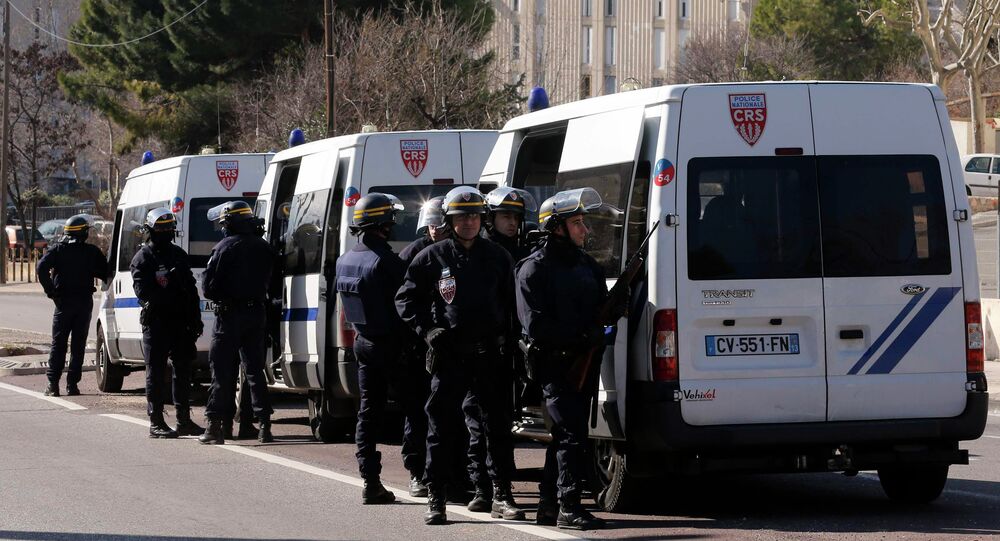 Hooded gunmen fired on police in the French city of Marseille Monday ahead of Prime Minister Manuel Valls's visit.

Hooded gunmen armed with Kalashnikov rifles fired on police in the French city of Marseille on Monday, the day French Prime Minister Manuel Valls was due to visit the city.

Elite police troops were sent to the scene of shooting.

Initial reports suggested that Pierre-Marie Bourniquel, director of the Marseille police, was targeted during the attack, but later reports emerged that the attackers had fired into the air.

The area has been evacuated, with reports of several schools being closed. Local politician Samia Ghali tweeted that Castellane is in a "state of siege", adding it is was his "worst nightmare":

The terror threat in France was raised following the spate of Islamist attacks last month, when gunmen killed journalists of the satirical weekly magazine Charlie Hebdo and took hostages in a Jewish shop. However, French media report that the shooting was not another terrorist attack, and was instead related to a standoff between drug gangs.

Watch an amateur video from the scene:

The latest incident comes on the heels of Valls raising the terror alert level to the maximum last week, the day after a passer-by stabbed three soldiers on patrol near a Jewish community center in Nice.

On Sunday, French Interior Minister Bernard Cazeneuve announced the arrest of six suspected jihadists in greater Toulouse and Albi as part of continued anti-terrorism raids across the country.