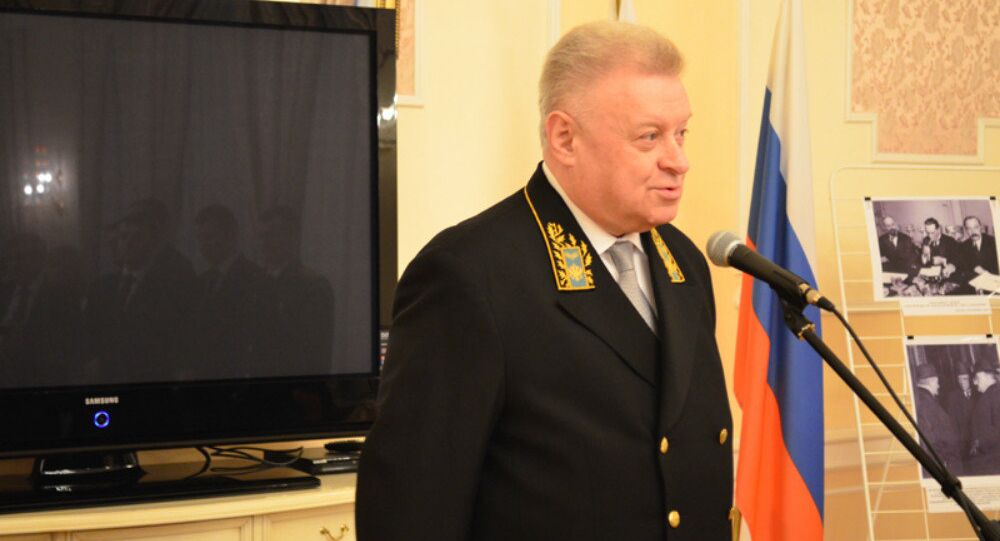 Russian Ambassador to Lithuania stated that Lithuania is waging a “psychological war” by calling Russia an aggressor and following the West in accusing Moscow of triggering the Ukrainian crisis.

"Since the country’s authorities are being drawn into a lengthy and unpromising for Lithuania campaign [over the situation in Ukraine], they have to resort to active ‘brainwashing’ of their citizens, threatening them with [Russia's] ‘prospective occupation’ in order to show the full unanimity in Vilnius’ policy toward Ukraine,” Udaltsov said.

He added, however, that time puts everything in its place, such as in the case with the Georgia conflict in 2008.

"The country’s current authorities acknowledge that Mikheil Saakashvili was to blame for that conflict,” the ambassador stated.

Lithuanian government says that Russia has an "aggressive policy" in Ukraine and is trying to limit alternative sources of information in the country. In October 2014, Lithuanian President Dalia Grybauskaite proposed to reduce the proportion of Russian-language broadcasting in Lithuania from 30 to 10 percent. The country's Radio and Television Commission has also suspended broadcasting several Russian television channels, accusing them of broadcasting programs that distort Lithuanian history and the events in Ukraine.

Grybauskaite has also called on the West to provide military aid to Ukraine and insisted on imposing additional sanctions against Russia over its alleged role in the Ukrainian crisis.

Moscow has repeatedly stated that it is not involved in the Ukrainian crisis and has supported a peaceful settlement of the conflict.