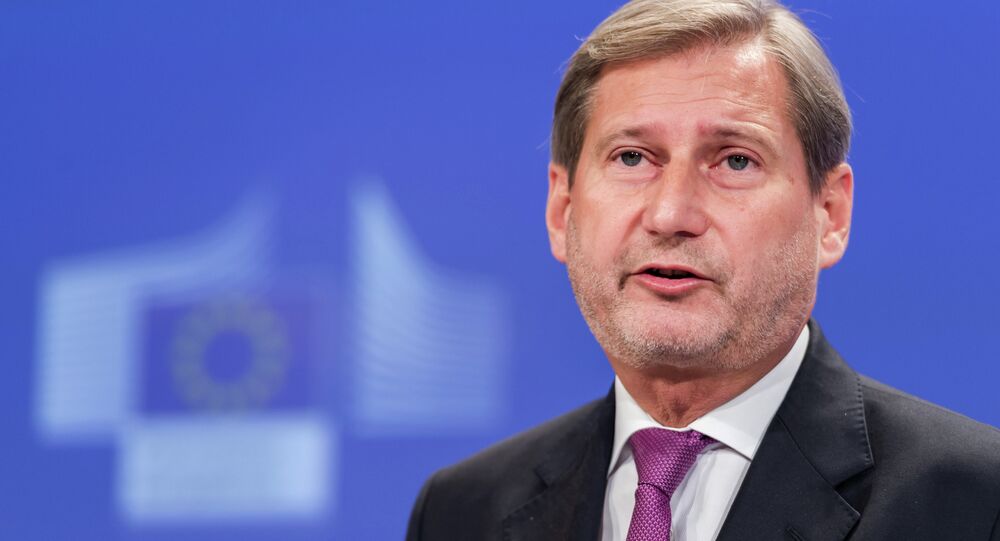 All Parties Confess Time Has Come to Solve Ukrainian Crisis

European Commissioner for European Neighborhood Policy and Enlargement Negotiations stated that Russia, Germany, France, and Ukraine have agreed that the time has come to reach a solution on the Ukrainian crisis.

“I have a positive sense and hope that on Wednesday there will be a breakthrough. I think that the signals from all sides are quite promising and think all the partners confess that it is time to find a solution,” Hahn said before a meeting of heads of European Union foreign ministries.

The leaders of Russia, Germany, France, and Ukraine will convene on Wednesday in Minsk to discuss the crisis in Ukraine.

On Sunday, following a phone conversation among the four leaders of countries constituting the so-called Normandy format, Russian Foreign Minister Sergei Lavrov expressed hope that important decisions will be made during the Wednesday meeting.

In September 2014, the warring sides to the conflict in southeastern Ukraine managed to reach a breakthrough ceasefire agreement, however, the violent standoff between Kiev-led forces and independence supporters intensified sharply in the beginning of 2015.

The latest ministerial-level meeting in the Normandy format and Minsk format talks involving the representatives of the self-proclaimed Donetsk and Luhansk people's republics, which were held in January, failed to yield results.