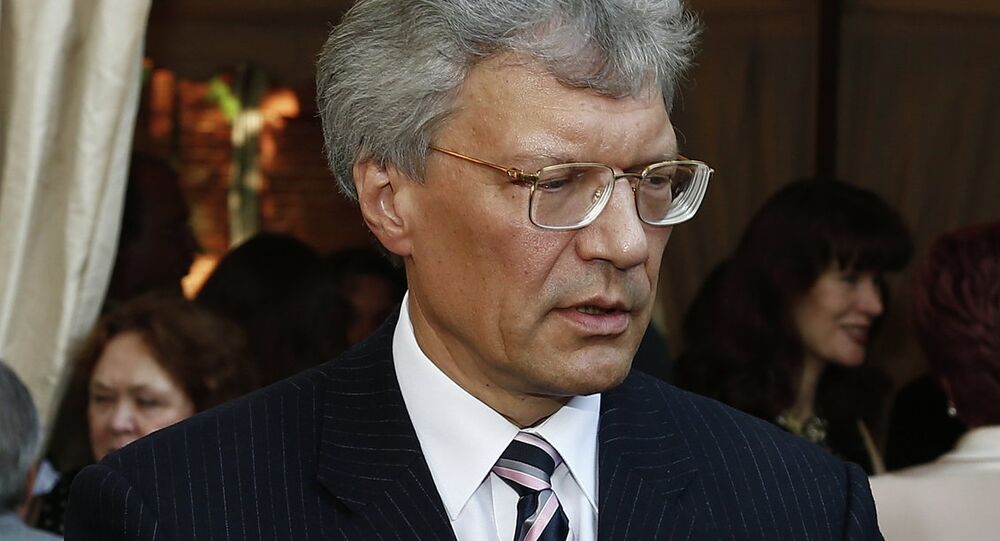 Russian Ambassador to Italy Sergei Razov stated that Italian businessmen and politicians share the opinion that the sanctions imposed on Russia by the European Union run contrary to Italy's interests.

"Italian businessmen often tell me that the sanctions imposed on our country are against Italy's national interests," Razov said, adding that Italian entrepreneurs have also expressed this sentiment to the country's authorities.

He also said that many Italian politicians shared the view expressed by the business community and were in favor of canceling the restrictive measures implemented against Moscow.

"Hopefully, common sense, which is typical for business, will, in time, prevail in politics, too," the ambassador said.

According to Razov, the anti-Russia sanctions have had an impact on all aspects of bilateral cooperation between Moscow and Rome, with both profits and trust between the two nations diminishing.

The ambassador noted that Moscow would be ready to have a constructive dialogue with the European Union on issues of common interest, should Brussels lean toward lifting the anti-Russia sanctions.

The European Union, the United States and several other Western nations have imposed several rounds of sanctions against Russia over the Ukrainian crisis, targeting Russia's banking, energy and defense sectors, as well as certain individuals. Moscow has denied all accusations as groundless.

In August 2014, Russia introduced a one-year ban on imports of many foodstuffs from the United States and Europe. Earlier in February, Lorenzo Bazzana, the head of the commercial and technical sector of Italy's farmers' association Coldiretti, told Radio Sputnik that the country had lost 1.25 billion euros ($1.43 billion) in exports to Russia, which have dropped by 11.6 percent since the introduction of the food embargo.