45 Kiev Soldiers Killed in Past 24 Hours

More than 40 Ukrainian soldiers and 11 members were killed in fighting in Donbas in the past 24 hours, according to deputy head of the self-proclaimed Donetsk People's Republic (DPR) militia Eduard Basurin. 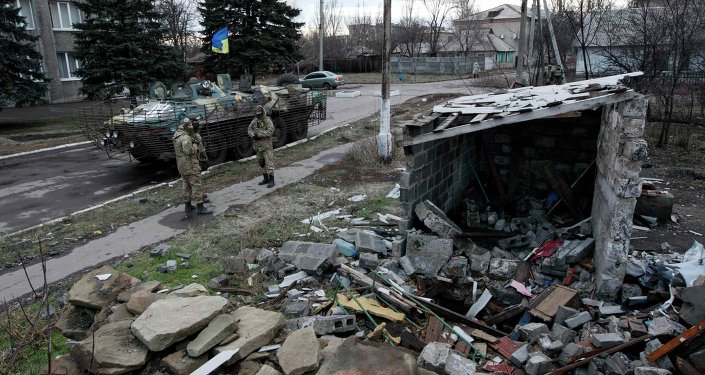 "The losses of the military structures of the Ukrainian government in the past 24 hours were as follows: 11 tanks, eight of which were destroyed and three were captured… nine units of artillery, 11 cars. When it comes to personnel, 45 people were killed," Basurin said.

In the past 22 days of battle, a total of 2,056 Ukrainian soldiers have died in the past, according to Basurin. In addition, Ukraine's government-led forces have lost three aircraft, one helicopter 168 tanks, 124 units of field artillery and 94 cars. 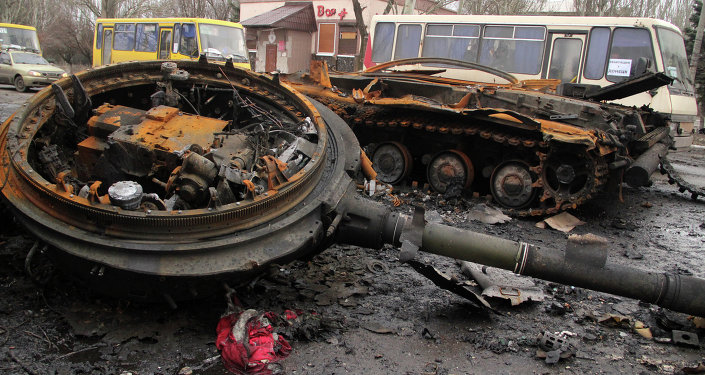 © Sputnik /
Still Not a War? German Intelligence Puts Ukraine Death Toll at 50,000
Eleven members of the militia have been killed, while 29 sustained injuries, the DPR official added.

Kiev-led forces continue shelling the Donetsk region from Grad and Smerch rocket launchers, Basurin stated, adding that the area was shelled more than 30 times over the past there weeks.

Despite the ceasefire agreement reached by Kiev and independence supporters last September, clashes between the two sides intensified severely in the first weeks of 2015, with both sides accusing each other of violating the truce.

According to UN estimates, more than 200 civilians were killed in the conflict in the three last weeks of January.