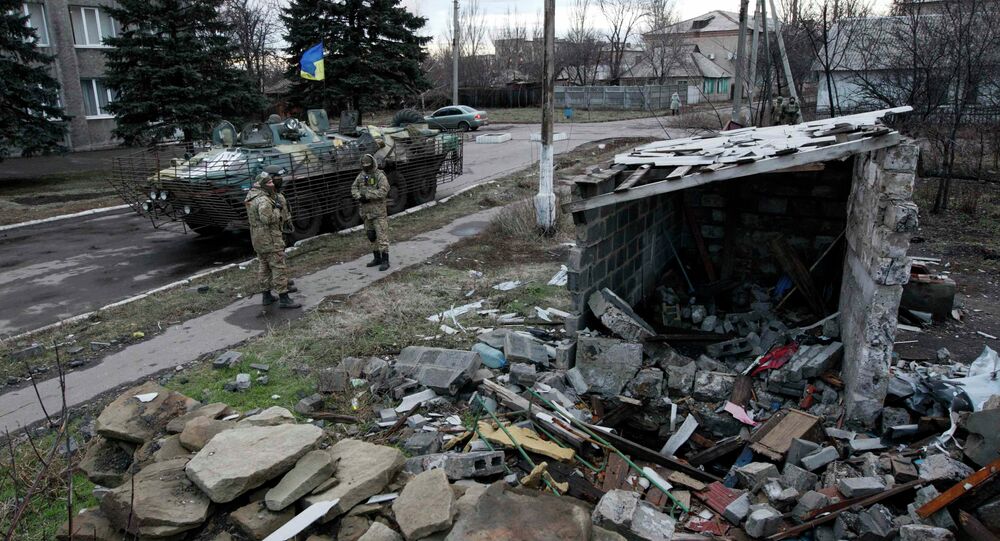 Kiev Orders to Mine Entire Rail Infrastructure in Debaltseve

The authorities of the Ukrainian armed group gave an order to mine the entire rail infrastructure of Debaltseve, according to deputy head of the self-proclaimed Dontesk People's Republic's (DPR) militia Eduard Basurin.

"According to information received during the questioning of two surrendered soldiers of the 25th brigade near Chernukhino, the authorities of the Ukrainian group gave an order to mine the entire rail infrastructure of Debaltseve," Basurin told reporters.

Kiev has decided on this measure to prevent future rail links between the breakaway Donetsk and Luhansk republics after the Ukrainian forces retreat, Basurin explained.

"Locomotive and rolling stocks are being mined, the railway junctions at the Debaltseve-Sortirovochnaya station, locomotive depots and control centers, as well as the administrative zone of the Debaltseve station," Basurin said, adding that municipal pumping and transformer stations have already been mined.

© REUTERS / Valentyn Ogirenko
Donetsk Hopes Ukrainian Military to Observe Ceasefire in Debaltseve
Debaltseve, located on the border between Ukraine’s two breakaway regions, has recently become the scene of heavy fighting between the Ukrainian troops and the local militia. Thousands of Kiev soldiers are reportedly trapped in the town surrounded by the independence supporters.

Earlier this week, the warring sides agreed on a temporary ceasefire to evacuate civilians from the contested city. According to later local media reports, shelling in Debaltsevo continues.

Despite the signing of a ceasefire agreement between Kiev and pro-independence militia in September 2014, fighting has continued in Donbas, intensifying in the first weeks of this year. The two warring sides have traded blame for the recent string of shelling attacks in eastern Ukraine.