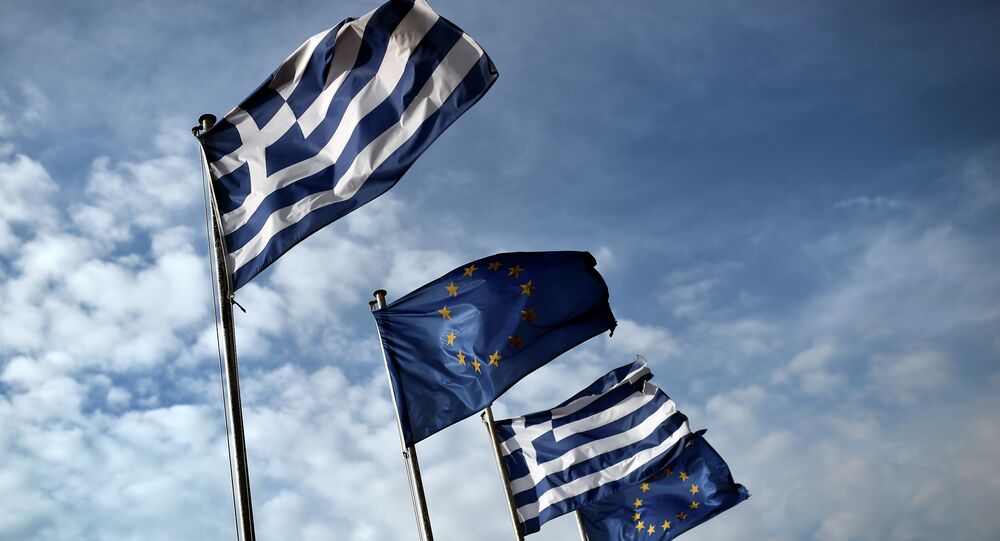 Patras, Greece authorities have removed the flag of the European Union from the city's town hall, citing locals' 'hatred' toward the supranational organization.

Municipal authorities in the Greek city of Patras have removed the blue and gold flag of the European Union from the city's town hall, citing the 'hatred' locals feel toward the political-economic union.

Municipal government spokesman Andreas Antonopoulos explained the municipality's decision, noting that "the flag of the European Union was removed because it is a symbol that people hate." The spokesman added that "this is due to the fact that the European Union is working against the interests of the people in Europe and Greece's participation in it is the source of the misfortunes that have stricken our country and its people."

Greek news service GRReporter explains that the flag was removed at the behest of the city's mayor, Kostas Peletidis.

A European Commission official, speaking on condition of anonymity, was quoted by New Europe as warning that "if I were mayor, I might worry that the funding for projects from my region might gradually decrease." The Brussels-based newspaper notes that Patras has recently received nearly a billion euros worth of assistance from the European Investment Bank and the European Regional Development Fund, and that flying the EU flag is a must for beneficiaries of EU funding.