Relief, stabilization and development in the region, as well as efforts to counter Islamic State threat are named among the priorities, and will concern not only Syria and Iraq, but also Lebanon, Jordan and Turkey.

"The European Commission and the High Representative are presenting the first EU comprehensive strategy on tackling the crises in Syria and Iraq and the threat posed by [Islamic State]. It brings together ongoing and planned initiatives of the EU and its Member States and boosts their efficiency, with an additional €1 billion in funding for the next two years," the statement said.

Relief, stabilization and development in the region, as well as efforts to counter Islamic State threat are named among the priorities, and will concern not only Syria and Iraq, but also Lebanon, Jordan and Turkey. 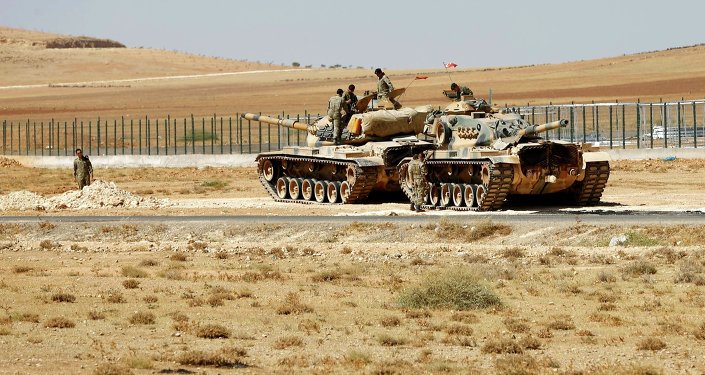 © REUTERS / Murad Sezer
Security Forces Arrest 5 Suspected ISIL Jihadists in Southeast Turkey
"This package will strengthen our actions to help restore peace and security in a region that is so close to us and that has been devastated by terrorism violence for too long," EU foreign policy chief Federica Mogherini was quoted as saying in the statement.

EU measures to assist the fight against ISIL include diplomatic engagement, provision of basic services, efforts to cut off terrorist financing, better border control and anti-radicalization programs, among other steps.

The Islamic State is currently fighting in Syria and Iraq, where it has managed to capture large territories and announced a caliphate. A coalition of more than 60 countries led by the United States has been carrying out airstrikes on the militants' positions in a bid to slow down the group's advance.