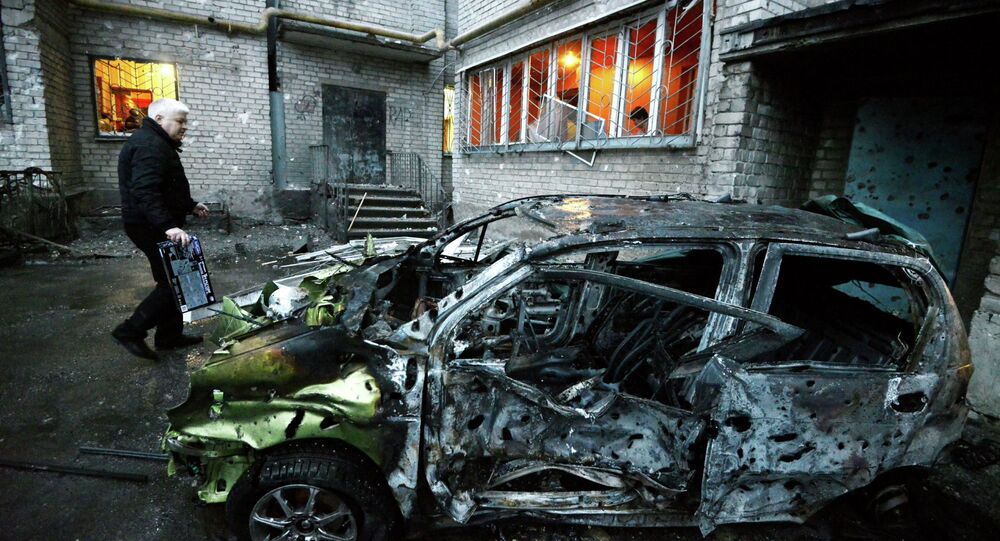 German MP Katja Kipping challenged the widespread Western notion of Russia being the sole culprit in the ongoing conflict in Ukraine, and lambastes NATO's response.

© AP Photo / Mstyslav Chernov
German Media Say Kiev Has Little Chance to Gain Upper Hand in Conflict
The West bears at least part of the blame for the outbreak of the conflict in Ukraine, which quickly degenerated into an all-out war, Katja Kipping, the co-chair of the Left Party, said during a talk show aired by Germany’s ZDF television network.

Kipping also said the West actually provoked the painful divisions in Ukraine by forcing it to choose between Europe and Russia. She criticized NATO’s reaction to the Ukrainian crisis and denounced plans to send lethal weapons to the war-torn country.

“The NATO Response Force is all about a military escalation and I don’t think sending arms to Ukraine is the right way to go. In this case the arms producers will be the sole winners and too many people will find themselves on the losing end,” Kipping added.

“A sticks and carrots policy is not something Russians will ever go for,” Platzeck warned.

Summing up the program the Der Spiegel weekly newsmagazine concluded that the participants had all agreed on one thing – peace in Europe is impossible either without or against Russia.

Ukraine’s Top Cleric Calls for US Arms for Kiev