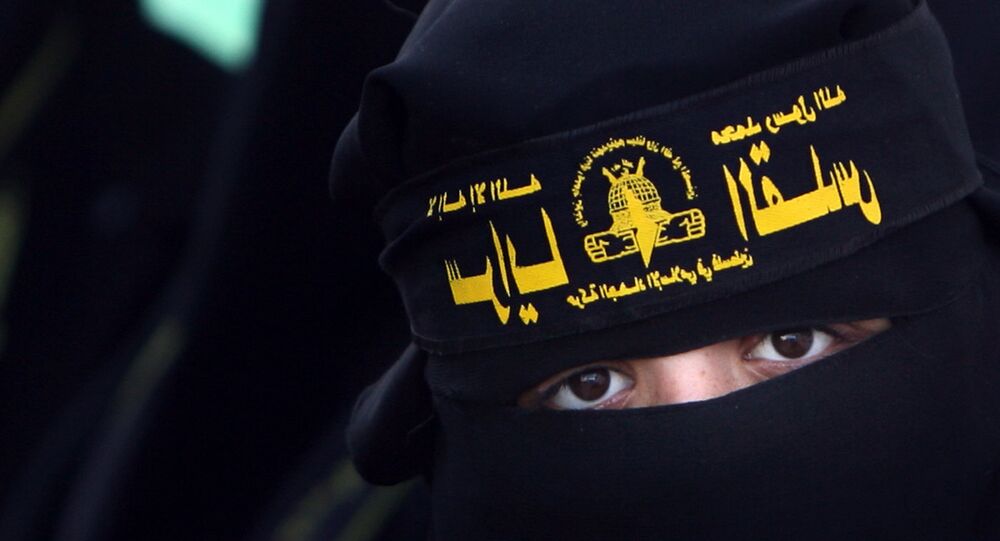 Married by nine, hidden and veiled - a women's place is in the home. That's according a female jihadists guide for women and girls living under Islamic State.

The document, 'Women in the Islamic State: Manifesto and Case Study' has been uploaded to the internet by the all-female Al-Khanssaa Brigade onto a jihadist forum used by Islamic State (IS).

The 10,000-word treatise, believed to be the first of its kind, has been translated by London counter extremist think tank, Quilliam Foundation.

VIDEO: "Women of the Islamic State" Analysis of #IS manifesto on the role of women in #IS by @charliewinter — https://t.co/47VnytsDQn

It is split into three sections; the first rebutting Western civilisation and its thinking, specifically on issues like feminism, education and science. The second part is based on an eyewitness account of life in Islamic State controlled territories, Mosul in Iraq and Ragga in Syria.

"It is considered legitimate for a girl to be married at the age of nine. Most pure girls will be married by sixteen or seventeen, while they are still young and active. Young men will not be more than twenty years old in those glorious generations."

"Female doctors or teachers may leave, but they must keep strictly to Shariah guidelines", the English-language translation reads. "It is always preferable for a woman to remain hidden and veiled, to maintain society from behind this veil".

The semi-official manifesto from the media arm of the all-female IS militia group, ends with a message:

"To the enemies of the Islamic State, the enemies of chastity and purity, the secularists and liberals from among our own people, women have been returned to their Rightful jilbabs and sedentary lifestyle. Throw the sputum of your culture, your civilisation and your thinking into the sea. God fights you and you are not of us and we are not of you".

@MiriamElder Im surprised it took ISIS this long to publish. An ISIS ac has been tweeting recipes and tips for jihadi brides for a while now

Haras Rafiq, Managing Director of Quilliam says: "There has been a huge amount of speculation about what the role of women who join Islamic State — often dubbed jihadists brides — is.

"This translation by Charlie Winter clarifies a number of issues that have been obscured by the language barrier until now.

"It allows us to look past the propaganda banded around on social media by Western supporters of IS, enabling us to get into the mind-set of the hundreds perhaps thousands of women who willingly join its ranks".