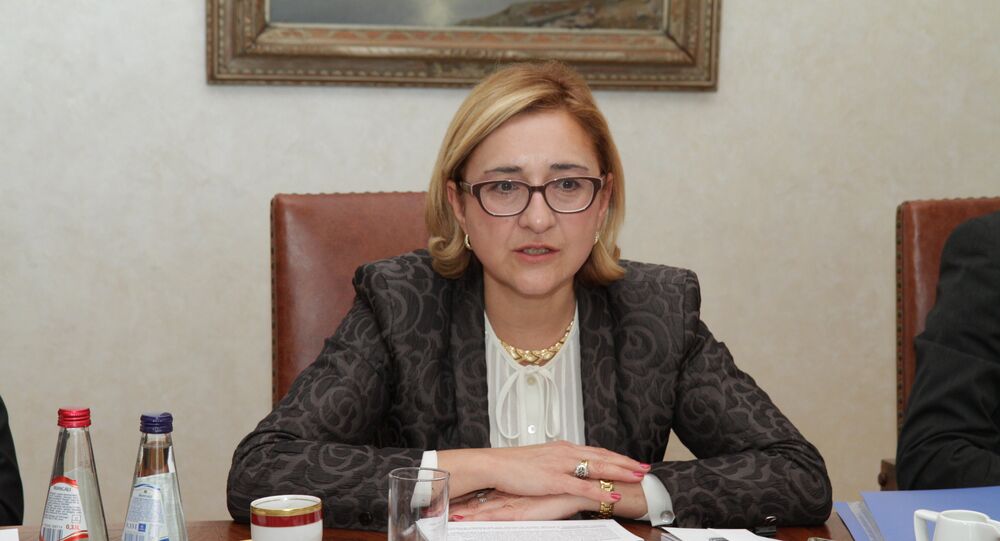 Georgian Foreign Ministry Tamara Beruchashvili said that every disputed issues concerning Russia-Georgia relations should be negotiated and resolved in a peaceful manner.

All disputed issues between Georgia and Russia should be resolved by peaceful means and Georgia will make every effort to achieve this goal, said Georgian Foreign Ministry Tamara Beruchashvili.

"There are no alternatives to a dialogue with Russia. Georgia announced that the way to resolve the conflict is exclusively peaceful. Consequently, all methods will be used to achieve this goal," Beruchashvili said in an interview to radio "Voice of America".

© AP Photo / Virginia Mayo
NATO Says to Set Up Joint Training Center in Tbilisi, Georgia
Earlier, the media published Beruchashvili’s interview where she allegedly said that the dialogue on trade between Georgia and Russia had been suspended. However, the Ministry of Agriculture of Georgia denied this information. Later, Beruchashvili explained that journalists misinterpreted her words.

In August 2008, when Moscow recognized the independence of Abkhazia and South Ossetia, Tbilisi broke off diplomatic relations with Russia. However, representatives of the new Georgian government, which came to power as result of the parliamentary elections on October 1, 2012, set a course for the normalization of bilateral relations, considering it one of the top priorities of Georgia’s foreign policy.