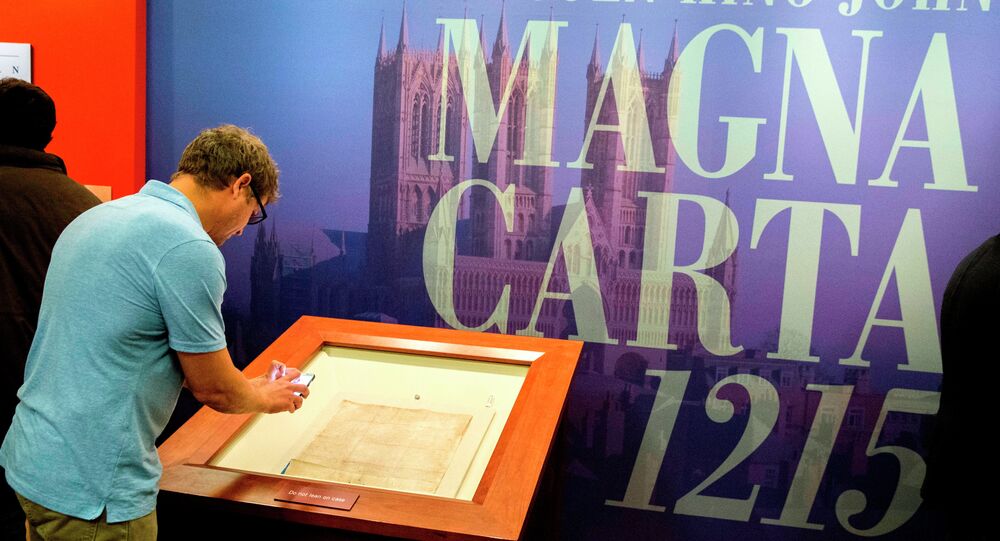 Lawyers in Britain are up-in-arms over a plan to hold a major 800th anniversary celebration to commemorate the Magna Carta, which granted people swift access to justice, while the government is clamping down on legal aid for citizens in need.

The Global Law Summit, launched by UK Secretary of State for Justice and Lord Chancellor, Chris Grayling MP, is described as a "unique one-off high level business forum supported by the legal profession, business and government."

But critics have dismissed the event — backed by British Prime Minister David Cameron — as an investment opportunity for big business to broker deals to buy into parts of the legal system.

The summit is due to be held from February 23-25, 2015 to mark 800 years since the sealing of the Magna Carta, a series of documents to enshrine open justice to all citizens. The three-day conference will be addressed by high-profile speakers such as Burma (Myanmar) opposition politician Aung San Suu Kyi and Cherie Blair, the international human rights and human rights lawyer, married to former British Prime Minister Tony Blair.

At its launch, Cameron said: "I am delighted to support the Global Law Summit — it is yet more evidence that Britain continues to lead the way in promoting free enterprise, economic growth, and the rule of law around the world."

However, critics — including many in the law profession — have pointed to the hypocrisy of Cameron's government, which has cut back on legal aid, denying thousands open access to legal recourse.

The Law Society for England and Wales has described the legal aid cutbacks as "a major erosion of the rights of citizens and their ability to challenge arbitrary decisions of the state. These cuts appear to be merely politically motivated, since they will generate minimal savings". It says the cuts may amount to unlawful discrimination particularly against minority ethnic communities and people with disabilities.

"No Evidence" for Legal Aid Reforms

The pressure group, Speak Up For Justice said:

"The real purpose of this event is to sell off our justice system as an investment opportunity for big business. Speak Up For Justice believes that it is hypocritical of the government to hold this event commemorating the Magna Carta, while their reforms have undermined access to justice and decimated the system by slashing the legal aid budget, making drastic cuts to funding, closing courts, as well as privatising policing, probation and prison services."

A dire report into the government reforms — released in January 2015 — concluded: "The Ministry of Justice… introduced major changes on the basis of no evidence in many areas, and without making good use of the evidence that it did have in other areas. Perhaps most worryingly of all, it does not understand, and has shown little interest in, the knock-on costs of its reforms across the public sector."

The Relay for Rights group, made up of critics of the event, is to stage a march from the birthplace of the Magna Carta in Runnymede, arriving outside of the Global Law Summit event in central London on Monday, February 23, with a rally at the beginning and end.