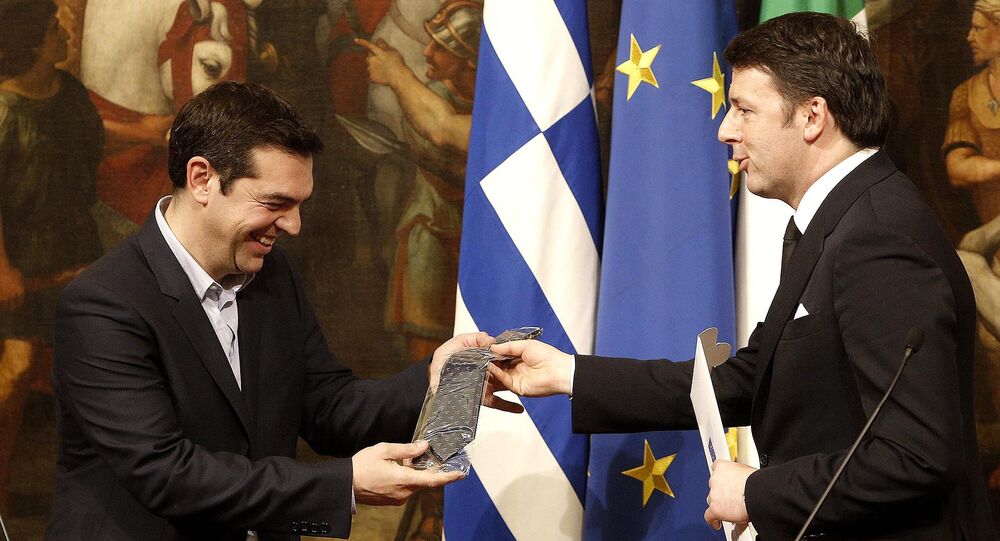 The Italian prime minister announced that he would support Greece's efforts to renegotiate its debt and tackle the economic recession.

A meeting in Rome, where Italian and Greek prime ministers discussed serious economic challenges Greece faces, sparked reports on the emergence of a new close ‘friendship’, the German “Spiegel” Magazine reported on Tuesday.

Alexis Tsipras and his Italian counterpart Matteo Renzi are of the same age and have the same objective, to abandon economic restriction measures and austerity policies, which led to high unemployment rates and homelessness in their countries.

During the meeting, the Greek prime minister stressed the necessity to bring austerity to an end and return his country to "dignity, hope and social justice," according to the Telegraph.

The Italian prime minister, for his turn, announced that he would back up Greece's efforts to renegotiate its debt and tackle the recession, but also stressed that "European rules" have to be followed by all EU countries.

Italy's prime minister gave Tsipras a symbolic gift, a black tie, hoping that his Greek counterpart would wear it when his country solves its financial troubles. Earlier, Tsipras announced that he would not wear a tie during his meeting with leaders of other countries until Greece’s financial situation is resolved.