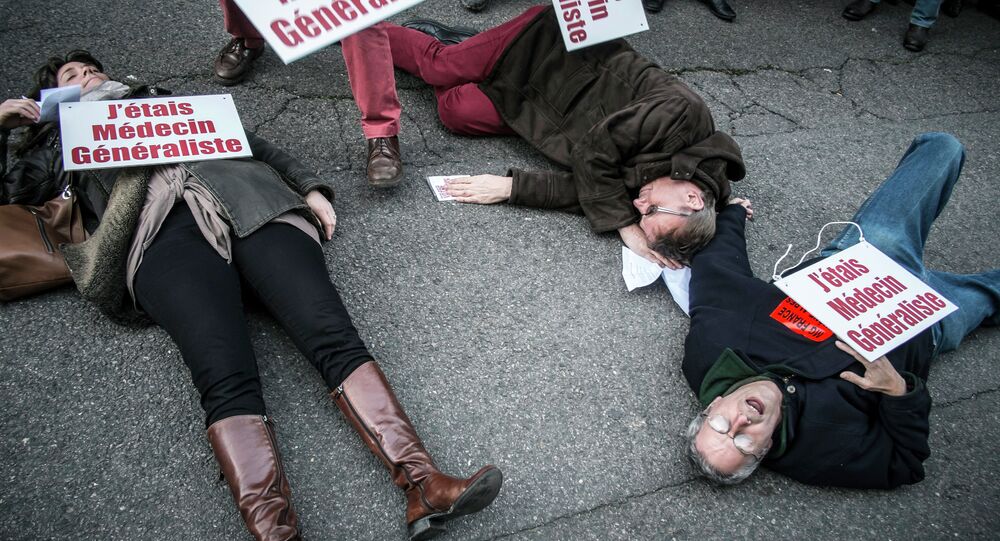 French doctors are set to go on a strike against a new law proposed by the Minister of Social Affairs and Health. Medics fear that the new legislation will considerably cut their income.

The strike in the cities of Bearn and Soule is expected to last for 15 days.

The law stipulates that by 2017 all French citizens with health insurance will have a right to so-called "third-party payments," allowing them to reduce medical costs. French people with complete universal insurance coverage, victims of incidents at work and those suffering from professional illnesses will benefit from the system. They account for a third of all French general practitioners’ consultations, according to French media.

The proposed law will also allow regional health administrations and businesses to determine the installation of doctors, who fear their rights are threatened. In January, some 500 doctors gathered in Lyon near the regional health agency to protest the law.