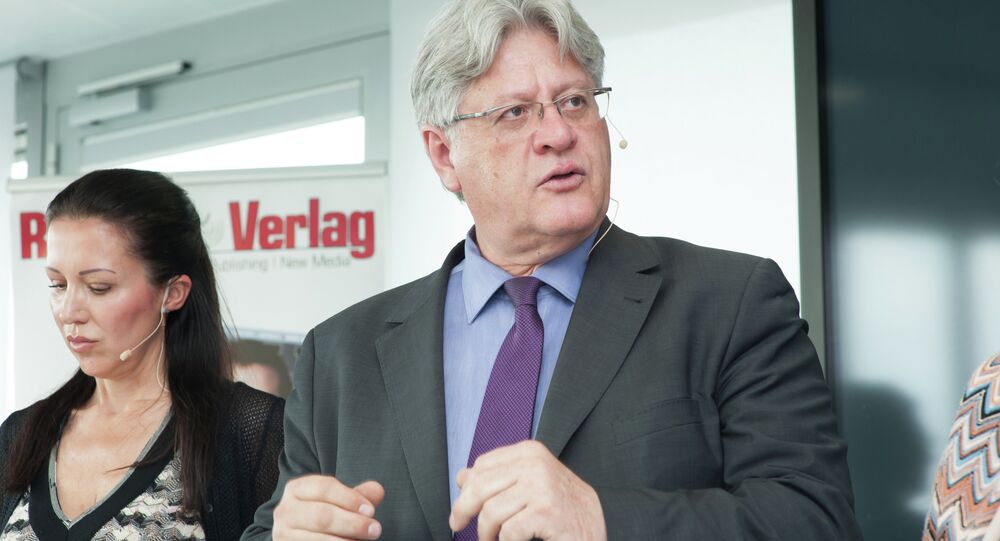 Head of the Parliament Assembly of the Council of Europe's monitoring committee Stefan Schennach has warned against the austerity policy the so-called troika of international lenders was trying to force on Greece.

"[During Greek party Syriza's election campaign] I called the troika 'our disgrace,' because the troika that cannot come up with anything but mass restrictions and austerity, leading to the country's destitution, has no constructive meaning," Schennach said.

He added that the current political situation in Greece raised concern among the more conservative European establishment.

"That fact that Syriza has come to power does not bother me as much as the fact that it formed a coalition with right-wing political forces," Schennach said.

The European official said that the austerity policy, which Syriza promised to cancel, would need to be discussed by the creditors, noting that an extension of Greece's debt repayment deadline is necessary.

At present, Greece's debt to the troika, comprising the International Monetary Fund, the European Union and the European Central Bank, amounts to more than $270 billion.

Newly-elected Greek Prime Minister Alexis Tsipras and his left-wing party Syriza in January won the general election in Greece largely due to promises to renegotiate bailout conditions with international lenders and stop the unpopular austerity measures. Following its victory in the election, the party quickly allied themselves with right-wing Independent Greeks party, which gave the coalition a majority in the Greek parliament.