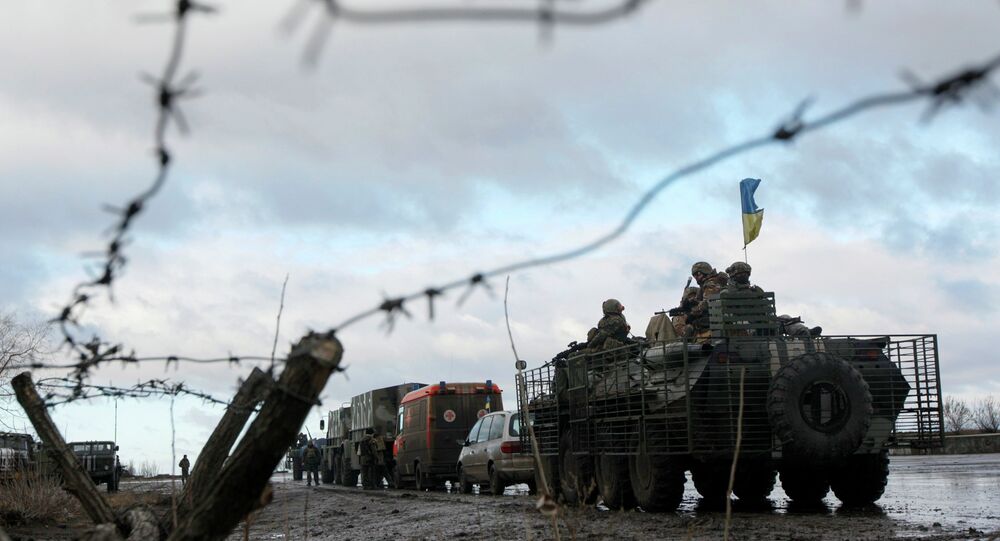 French Defense Minister said Paris had no intention of delivering weapons to Ukraine at the moment.

"We have no intention of delivering weapons at this stage to Ukraine," Reuters quoted Le Drian as saying at a news conference with Canadian Defense Minister Robert Nicholson.

Le Drian stressed that a political solution must be found to the current standoff between Kiev authorities and self-proclaimed Donetsk and Luhansk people's republics in eastern Ukraine.

Russian Foreign Minister Sergei Lavrov harshly criticized the deliveries of weapons by a number of NATO members and European Union countries, saying this move went against EU and Organization for Security and Co-operation in Europe (OSCE) norms.

Ukrainian Prime Minister Arseniy Yatsenyuk said that no lethal weapons had been delivered to Kiev by the West, despite an announcement made by Ukrainian President Petro Poroshenko in September that a number of NATO countries had agreed to supply the country with modern weapons. Presidential adviser Yuri Lutsenko later claimed that an agreement on the supply of weapons from the United States, France, Poland, Norway and Italy had been reached at the NATO summit in Wales. However these countries denied the statement.

US Weapons Discovered in Airport Occupied by Ukrainian Military