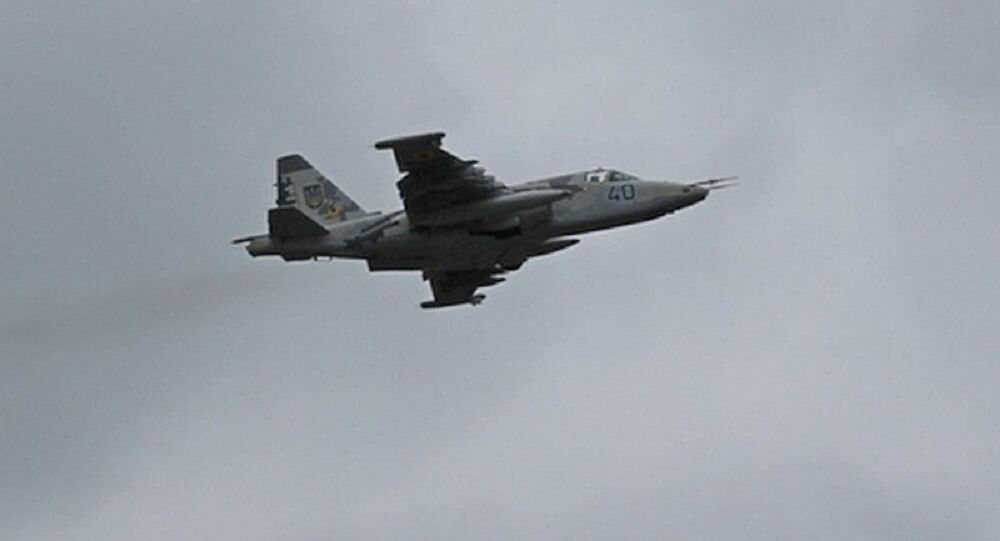 Two Su-25 military jets were downed near the contested town of Debaltseve. Both pilots ejected, with one of them landing on the DPR territory.

Both pilots ejected, and one of them landed on the territory controlled by DPR militia, Basurin said.

© REUTERS / Mykola Lazarenko/Ukrainian Presidential Press Service
Sending Weapons to Ukraine Not to Solve Conflict, White House Advisor Claims
Debaltseve has seen some of the fiercest clashes in the past few days as the warring parties fight for control of this key rail and road juncture. Militias claim to be in control of the town's western outskirts, including three commanding heights near the highway.

Pro-independence forces in the neighboring Luhansk People's Republic (LPR) said earlier in the day they had downed a Ukrainian warplane near the town of Irmine, 35 miles away from the regional capital Luhansk. The Ukrainian Defense Ministry did not confirm this report.

© AP Photo / Sergei Grits
Kiev Using Western Lethal Arms, US War Tactics in Donbas
A military offensive by Ukrainian government forces has entered an active phase following months of relative calm after the September ceasefire, according to militia reports. Self-defense forces in the two breakaway regions claim the fiercest fighting is around Debaltseve.

Kiev has been conducting a military operation in the southeast since a standoff between the new government and local opposition forces spiraled into an armed conflict in April 2014. The operation's press center said earlier militias had allegedly carried out over 70 mortar attacks against government troops' positions in the past 24 hours.