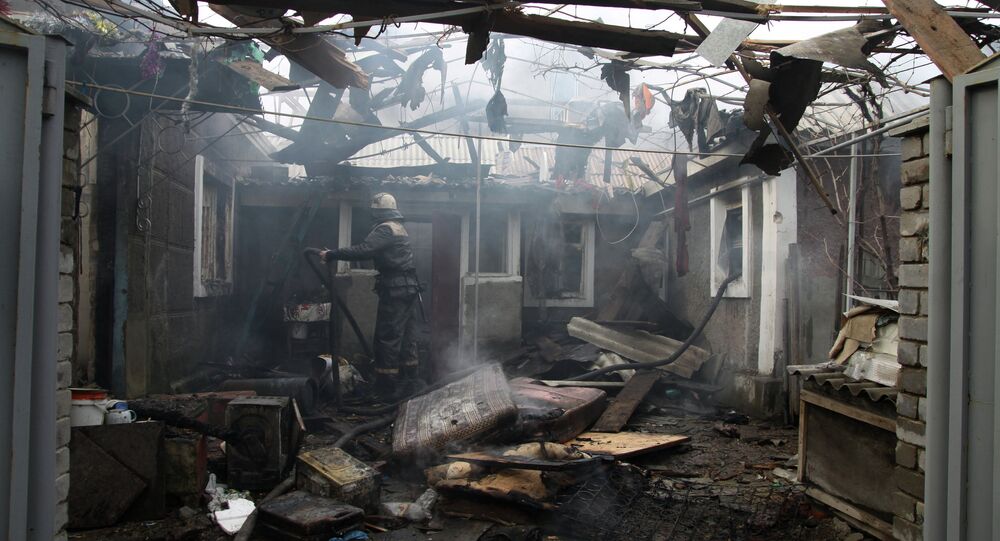 Germany remains focused on finding a diplomatic resolution to the Ukrainian crisis and will not supply weapons, Chancellor Angela Merkel said.

Germany remains focused on finding a diplomatic solution to the Ukrainian conflict and is committed to the Minsk agreements, which laid out a road map toward a lasting peace in the country, Merkel said at a press conference with Singaporean Prime Minister Lee Hsien Loong in Berlin.

"We are not going to send deadly, lethal weapons to Ukraine," the chancellor said. "We remain focused on a diplomatic solution," she added.

Fierce gun battles erupted in the region in early 2015, with both sides accusing each other of indiscriminate mortar attacks on residential areas. The United Nations estimates that the armed conflict has resulted in more than 5,000 deaths since the launch of the military crackdown on opposition forces in April 2014.