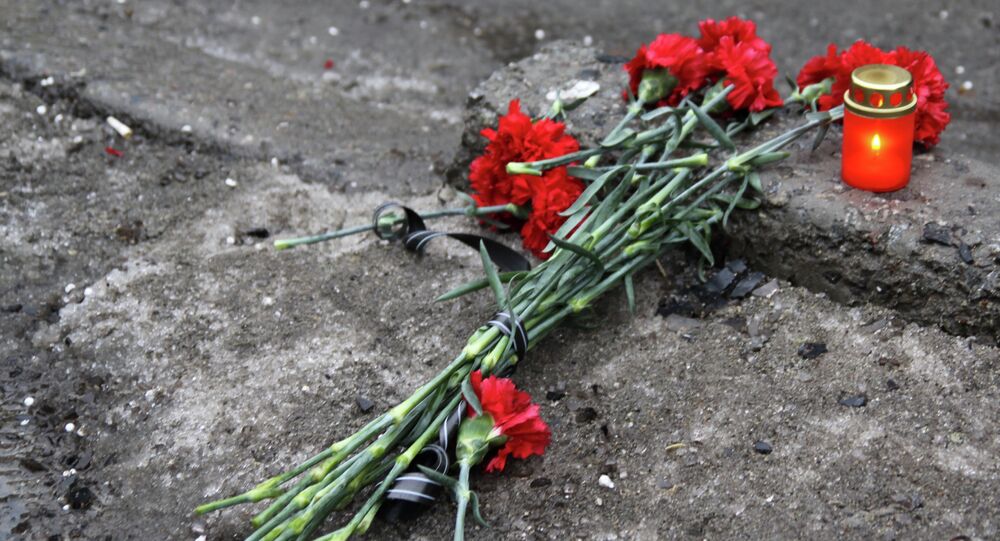 The UN High Commissioner for Human Rights expressed concern over the recent shellings of Donetsk, Mariupol and Horlivka, leading to the death of more than 220 civilians in three weeks.

© REUTERS / Stringer
HRW Points Out Multiple Civilian Casualties Among 341 Deaths in E Ukraine in January
UNITED NATIONS, February 3 (Sputnik) — The UN High Commissioner for Human Rights on Tuesday urged parties to the eastern Ukraine conflict to stop fighting, as it is catastrophic for civilians in the affected areas.

“Bus stops and public transport, marketplaces, schools and kindergartens, hospitals and residential areas have become battlegrounds in the Donetsk and Luhansk regions of Ukraine … Any further escalation will prove catastrophic for the 5.2 million people living in the midst of conflict in eastern Ukraine,” Zeid Ra’ad Al Hussein said, in a statement posted on the UN Human Rights Office (OHCHR) website.

© Sputnik / Sergey Averin
UN Says Over 5,300 Dead, 12,000 Injured in Ukrainian Conflict
Zeid expressed concern for the recent escalation of shelling in Donetsk, Mariupol and Horlivka, leading to the death of more than 220 civilians in the three weeks leading up to February 1.

The deadliest of these attacks was the shelling of the southeastern city of Mariupol in January, where at least 30 civilians were killed and more than 112 injured.

Ukrainian government’s restrictions on freedom of movement and socio-economic isolation in the eastern regions of the country is leading to a deepening shortage of food, water and electricity, Zeid stated.

© AP Photo / Sergei Grits
Kiev Using Western Lethal Arms, US War Tactics in Donbas
The death toll from the conflict between Kiev forces and pro-independence fighters in eastern Ukraine mid-April last year, has exceeded 5,358 people, according to the OHCHR.

The OHCHR calls on states and all those with influence in the region to cease hostilities immediately and ensure full compliance with the Minsk peace accords, as these issues have an urgent and direct bearing on human rights in the area.

On January 31, the latest Contact Group meeting on Ukrainian reconciliation was held in the Belarusian capital of Minsk but yielded no results. The warring sides agreed to a ceasefire in September 2014, but numerous violations have been reported by both sides.