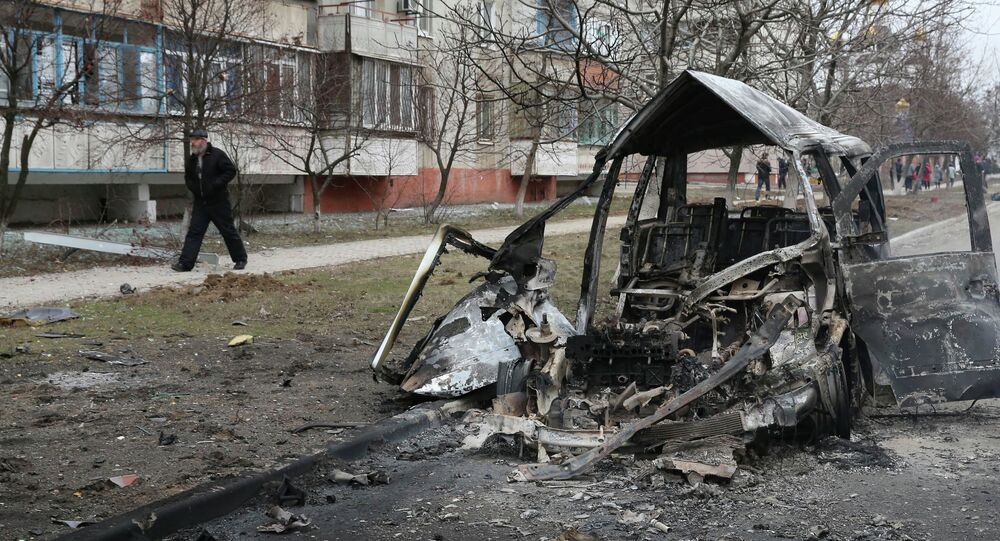 The rights group underscored that a lot of the civilian deaths were the result of the use of unguided rockets in populated areas.

© Sputnik / Sergey Averin
UN Says Over 5,300 Dead, 12,000 Injured in Ukrainian Conflict
MOSCOW, (Sputnik) — At least 341 people, including 71 women and six children, were killed in hostilities in eastern Ukraine in January, with a large number of civilians among the casualties, Human Rights Watch (HRW) reported Tuesday.

"A medical official collecting information from both rebel and government-controlled areas said that at least 341 people, including 71 women and 6 children, had died in the Donetsk region in January," HRW said. "A significant number of the January casualties were civilians."

© AFP 2021 / STRINGER
Russia’s UN Envoy Calls for Investigation of Mariupol, Donetsk Shellings
The organization pointed out that many of the civilian deaths were the result of the use of unguided rockets in populated areas. The deadliest of these attacks was the shelling of the southeastern Ukrainian city of Mariupol, where 30 civilians were killed and more than 90 were injured.

Other recent incidents that resulted in civilian deaths include attacks on a checkpoint near the town of Volnovakha, the city of Donetsk, the village of Hranitne and the village of Oleksandrivka.

Violence in eastern Ukraine escalated in the beginning of 2015. On January 31, the latest Contact Group meeting on Ukrainian reconciliation was held in the Belarusian capital of Minsk but yielded no results. The warring sides agreed to a ceasefire in September 2014, but numerous violations have been reported since then.