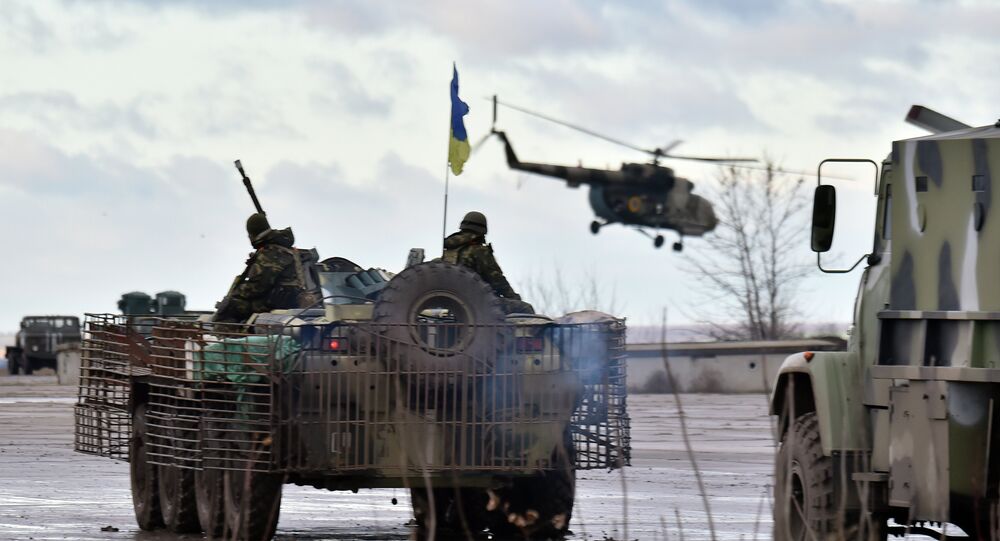 “The losses by the Ukrainian military over the last 24 hours include an airplane and helicopter,” the commander said.

The agency did not specify which type of aircraft had been downed.

“The losses among civilians are estimated at eight killed and 22 injured. DPR has seven killed, 20 injured,” the commander said.

The information has not been confirmed by Kiev.

© AFP 2021 / DOMINIQUE FAGET
Kiev Shells Donetsk Overnight After Minsk Talks Stall, 14 Civilians Injured
Violence in eastern Ukraine surged in January, with fighting in the Donetsk Region intensifying. Shelling attacks in the region over the past few weeks resulted in the deaths of dozens of civilians.

On January 31, the latest round of trilateral reconciliation talks on Ukraine took place in Minsk, Belarus, but did not yield any results. Following the failed talks, Kiev authorities and Ukraine’s breakaway republics again blamed each other for escalating the crisis.

Earlier in the month, Moscow said the recent surge in violence in eastern Ukraine confirms that Kiev is looking to find a way out the Ukraine crisis with a military solution.