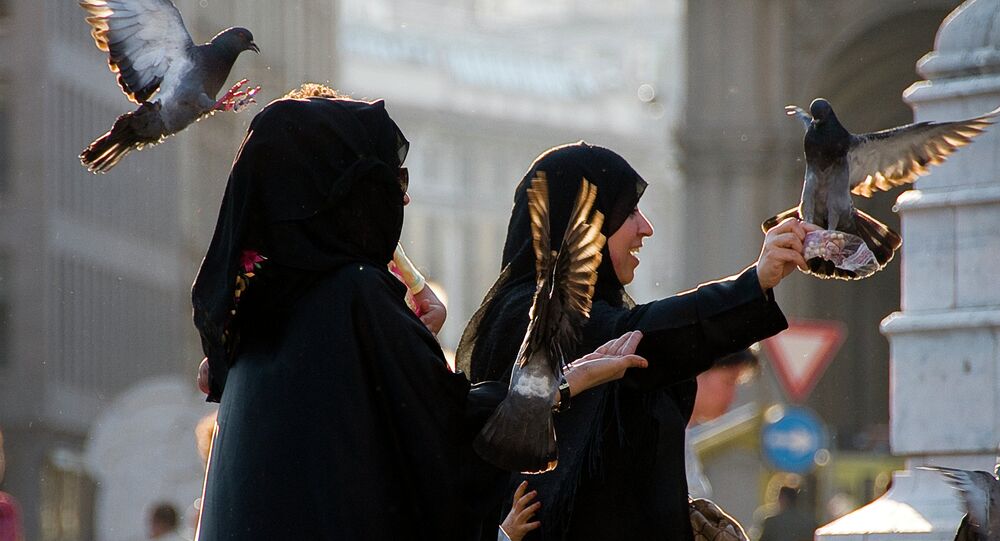 International experts involved in countering violent radicalization stated that issue of Islamization in Europe is overblown, while the rise of nationalist and separatist sentiments is being disregarded.

"The issue of radicalization should not be overblown," Hugh Lovatt, a Middle East policy fellow with the European Council on Foreign Relations, told Sputnik, commenting on the concerns of EU citizens over immigration and Islamization.

"Only two percent of terrorist attacks were committed by Muslims over the past five years in Europe," Lovatt said, citing Europol figures.

According to the EU law enforcement agency's 2014 report on terrorism, the majority of terror attacks in Europe were committed by separatist groups. In 2013 there were 152 terrorist attacks in Europe, with only two of them being "religiously motivated," and 84 predicated upon separatist beliefs.

The Europol report revealed that separatists, notably Corsicans, who advocate an independent nation for the French island of Corsica, committed most of the terrorist attacks in France and across Europe as a whole. In 2013, terrorists from this group carried out rocket attacks against police stations in two French cities.

In Italy, anarchist group FAI engaged in numerous terror attacks, including sending an explosive to the offices of Italian daily newspaper La Stampa.

Far-right militant ideology was also behind the 2011 terror attack in Norway, during which Anders Breivik bombed government buildings in Oslo, killing eight people, and subsequently killed another 69 in a mass shooting.

Lovatt said that the alleged Islamization "should definitely not be used as a pretext for giving up civil liberties in the name of security," emphasizing that Europe needs to do a better job of integrating communities into its social fabrics, "to make them feel like they have a real stake in their nation's future."

Steven Lenos from the Radicalisation Awareness Network (RAN), set up by the European Commission, agrees that populist radical groups and parties in the European Union contribute to the radicalization as they exploit "us and them" stories.

"Nationalist people say: we are being attacked by them, Muslims or foreigners or the non-whites," Lenos stated, adding that "Islamist and jihadist groups, in their turn, use the metaphor 'they,' and say they are there at war with us." According to him, Islamization and the spread of right-wing extremism are reciprocal tendencies and "feed on each other."

Islamophobia has been on the rise in Europe after terror attacks in Paris and its outskirts in early January by radicalized Muslims that claimed the lives of 17 people.