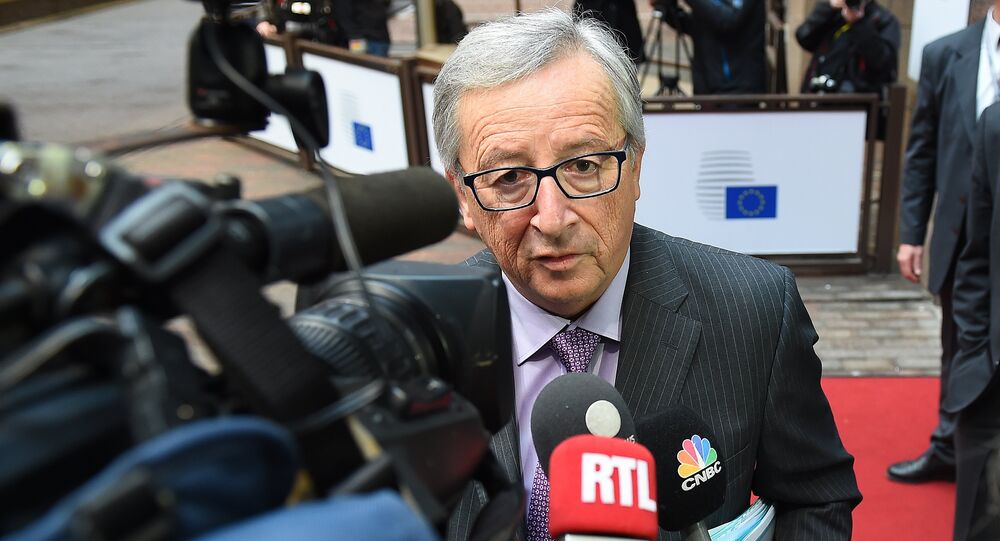 The European Commission is reportedly looking for ways to replace the troika with alternatives.

MOSCOW, February 2 (Sputnik) – President of the European Commission Jean-Claude Juncker wants to get rid of the so-called troika of international creditors that are administering Greece's debt, Handelsblatt reports.

According to the German business newspaper, the European Commission is looking for alternative formats that could replace the troika. Handelsblatt cites government sources as saying that Germany supports the initiative.

© REUTERS / Marko Djurica
Finance Minister Says Greece Unwilling to Cooperate With Troika International Creditors
Greece's newly-elected Finance Minister Yanis Varoufakis announced last week that the Greek government would not seek to extend the bailout program and would not cooperate with the troika, which includes the European Commission, the European Central Bank and the International Monetary Fund.

On Saturday, German Chancellor Angela Merkel said that any further debt relief for Greece is unlikely, as banks had already written off billions of the country's debt.

In 2010, the troika agreed to a $146 billion bailout package for Greece to prevent a default on its massive debt, and imposed strict austerity measures, as part of the country's economic adjustment program.

The left-wing Syriza party that gained victory in the latest parliamentary elections in Greece has vowed to revise Greece's highly unpopular austerity measures.