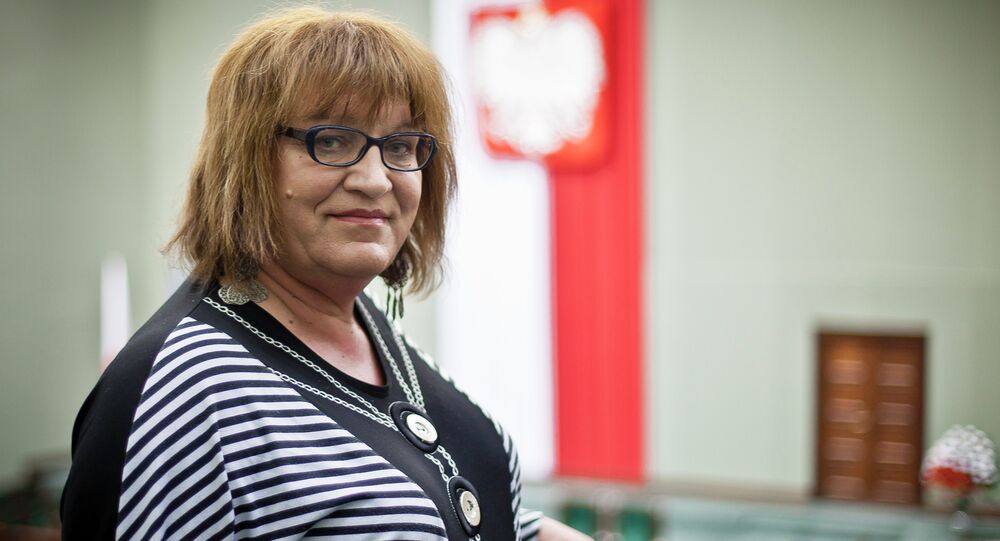 Poland's first transsexual lawmaker, Anna Grodzka, formerly Krzysztof Bęgowski, has announced she is going to run for the country's 2015 presidential elections, and is being backed by the country’s Green Party.

"Yes, I'll be a presidential candidate," said the 60-year-old former filmmaker and publisher, who was born a male name Krzysztof Bęgowski. The lawmaker says she has the backing of the Green Party.

Anna Grodzka is the first transgender member of parliament in Poland and was elected to the Sejm, the lower house of the Polish parliament, in 2011.

The politician, however, will have to win the presidential primaries first.

Incumbent President Bronislaw Komorowski, a center-right independent, has held the job since 2010 and enjoys a comfortable lead in opinion polls.