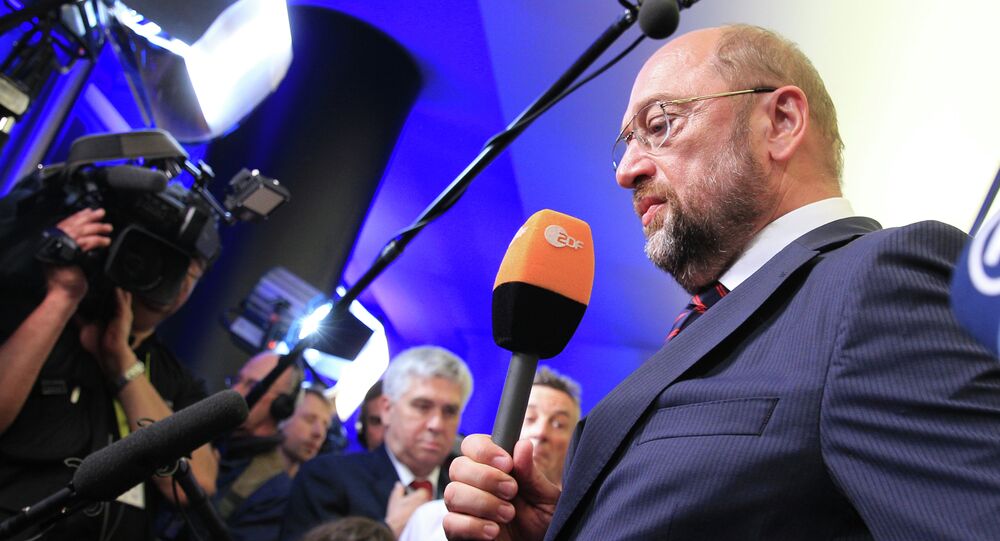 "I told [Greek Prime Minister Alexis] Tsipras: you demand solidarity from European partners. But your first step was a violation of solidarity in foreign politics. Nothing good will come out of it," Schulz said in an interview with Welt am Sonntag published Sunday, referring to the discontent the newly-elected Greek government expressed with regard to anti-Russia sanctions earlier this week.

On Tuesday, EU leaders asked the Foreign Affairs Council to consider new sanctions against Russia over its alleged involvement in the situation in Ukraine, where independence fighters continue to clash with Kiev forces.

© Flickr / Klearchos Kapoutsis
Greece Opposes 'Cold War' Against Russia, Says 'No' to New EU Sanctions
Greece said it was against the sanctions imposed on Russia, as they damage the Greek economy, particularly the agriculture sector, which has suffered from the food ban Russia imposed on EU-member states, the United States and some of their allies in August 2014 in response to the sanctions.

Schulz told Welt am Sonntag that such a position is primarily aimed at showing the Greek public that new people have come to power in Greece.

Following the win of the eurosceptic party on January 25, the newly-elected Prime Minister Alexis Tsipras formed an anti-austerity coalition government between the winning party and the Independent Greeks, a nationalist right-wing party, promising to renegotiate the country's debt bailout with international creditors.