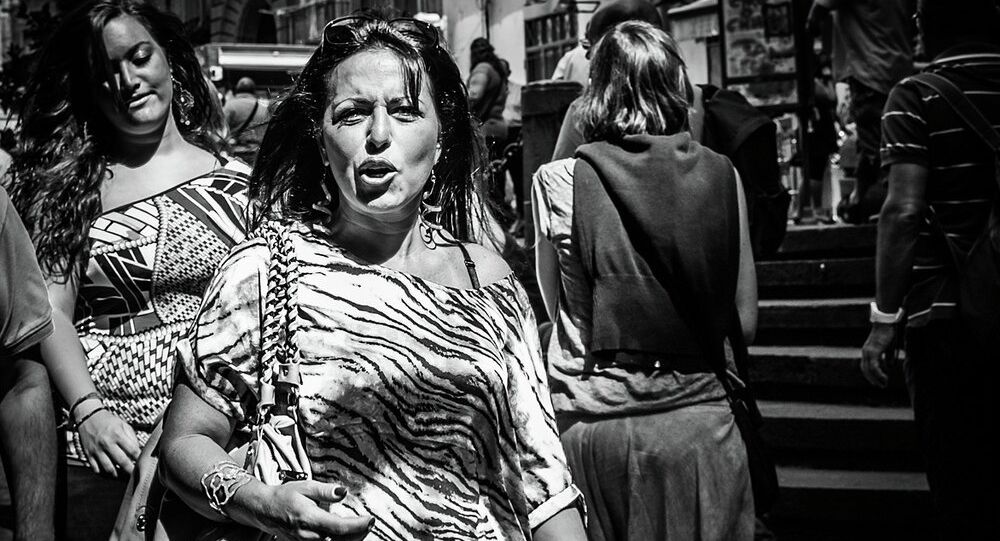 The number of Italians who want out of the Eurozone has risen to 40 percent since the start of 2014, meaning that two out of every five Italians think the country would do better with its own currency, according to a recently-released survey.

© AP Photo / Lefteris Pitarakis
UKIP Leader Forecasts Greece's Exit From Eurozone by Year's End
MOSCOW, January 31 (Sputnik) – Four out of every ten Italians no longer want the euro, according to a survey released on Friday by the Institute of Political, Economic and Social Studies, Eurispes.

The percent of Italians who want Italy to leave the Eurozone has risen from 26% at the start of 2014 to 40.1% now, the polling agency says.

More than half of the Euroskeptics think the single currency is the chief cause of Italy's economic woes, as it has deprived the country of the possibility of devaluating its currency at will.

© Fotobank.ru/Getty Images /
Eurozone Membership 'Irrevocable': European Commission Spokesperson
Italy's Euroskeptics want to return to the lira; 22.7 percent of respondents claim that only the richer EU members have benefited from the euro and 71.5 percent of the respondents claim that their purchasing power has declined significantly over the past year. More than half of the Italians polled (57%) said they can't manage to pay for large expenses.

Nearly one of every two Italians, or 45%, would like to leave the country and live abroad.

The agency says this marked an increase of 8% from 2006, two years before the global economic crisis.

The poll also found that almost half of Italians, 47%, say they can't make it financially to the end of the month, 16.4% more than last year.

© Sputnik / Sergei Guneev
German Authorities Ready for Greece’s Exit From Eurozone in Case of Emergency: Reports
his echoes similar concerns in Greece, where much has recently ben said of a possible Grexit — a Greek exit from the Eurozone. While newly elected Prime Minister Alexis Tsipras has promised that the issue is currently not on the table, many experts fear it may still come.

"What we are seeing are the death-agonies of the Euro," Robin Mitchinson,  a Contributing Editor to The Commentator, wrote on its official website. "It will be prolonged and nasty but the single currency must eventually collapse under the weight of its fundamental contradiction: that it cannot work without a fiscal union and the member countries surrendering complete sovereignty over their financial affairs.

Brussels is terrified that a Grexit might start a stampede for the exit among the "Club Med" countries (Greece Spain Italy, and Portugal), he predicts.  Monetary union has been a catastrophic failure.

Greece’s new Finance Minister gives it two years. The big question is what can be salvaged from the wreckage, he stated.