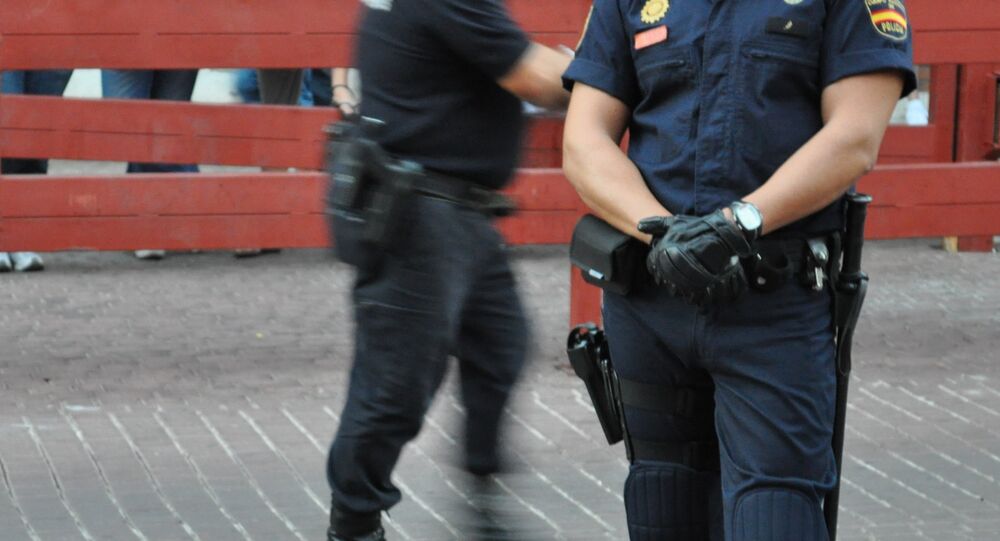 Spain's Council of Ministers developed a new strategic plan to combat all types of violent radicalization, according to a statement from the country's Internal Ministry.

The new plan will target three areas – Spain, outside of Spain, as well as internet. The plan would have three points of action – before, during and after the process of radicalization, according the country's Interior Minister Jorge Fernandez Diaz.

"This plan is oriented towards all types of violent radicalization, no doubt that, at present, the main threat comes from jihadist terrorism, which has caused attacks in several cities of the world," Fernandez Diaz said.

© Sputnik
Spain Proposes to Introduce Border Control Between Schengen Countries
Earlier this month, the Spanish branch of the anti-Islamization group Pegida told Sputnik that the country was a "jihad hot spot."

Around 70 Spanish fighters left home to join militant groups in Syria and Iraq. Nearly 10 returned already, with half of them being detained in Spain and Morocco, Fernandez Diaz said earlier in January.

Spain raised its national terror alert level to three, the second-highest level, following a series of terror attacks in Paris in early January, which claimed the lives of 17 people.