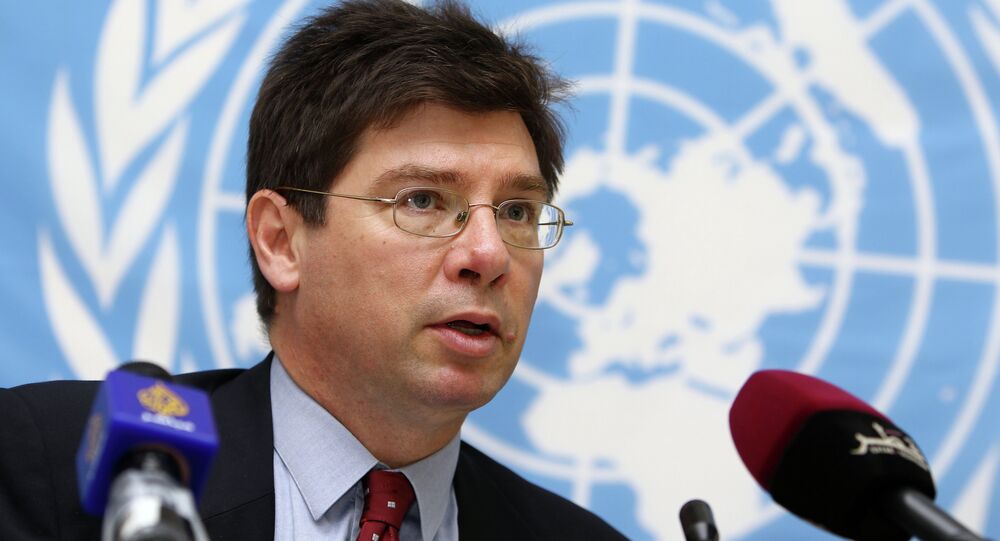 UN Human Rights Office stated that United Nations' expert on the rights of migrants will visit Brussels as follow-up to a study on border management in the European Union.

© AFP 2021 / PHILIPPE HUGUEN
HRW Urges France to Investigate Police Abuse of Migrants in Calais
UNITED NATIONS, January 30 (Sputnik) – The United Nations' expert on the rights of migrants will visit Brussels as follow-up to a study on border management in the European Union, following the deaths of large numbers of asylum seekers crossing the Mediterranean in 2014, the UN Human Rights Office said Friday.

"The purpose of my visit to Brussels is to continue my assessment of EU border mechanisms and approaches from a human rights' perspective, looking at the impact of policy developments made in Brussels and EU Member States on those migrants who arrive in Europe," the UN Special Rapporteur Francois Crepeau said.

Crepeau stated that unprecedented numbers of migrants attempted to enter Europe via the Mediterranean Sea, with thousands not surviving the journey. Such high numbers come in the midst of strong political debates about asylum seekers in Europe, Crepeau added.

The UN statement comes a day after Human Rights Watch released its annual report. The human rights watchdog claimed that the EU response to asylum seekers was disappointing, with efforts being largely focused on enforcing borders and preventing departures. The bloc showed little willingness to resettle Syrian refugees, with asylum seekers facing significant gaps in protection.

Earlier in the day, Spanish media reported that a boat carrying illegal immigrants crashed off the coast of Morocco due to weather conditions. Eight people are reported dead, several people are missing.