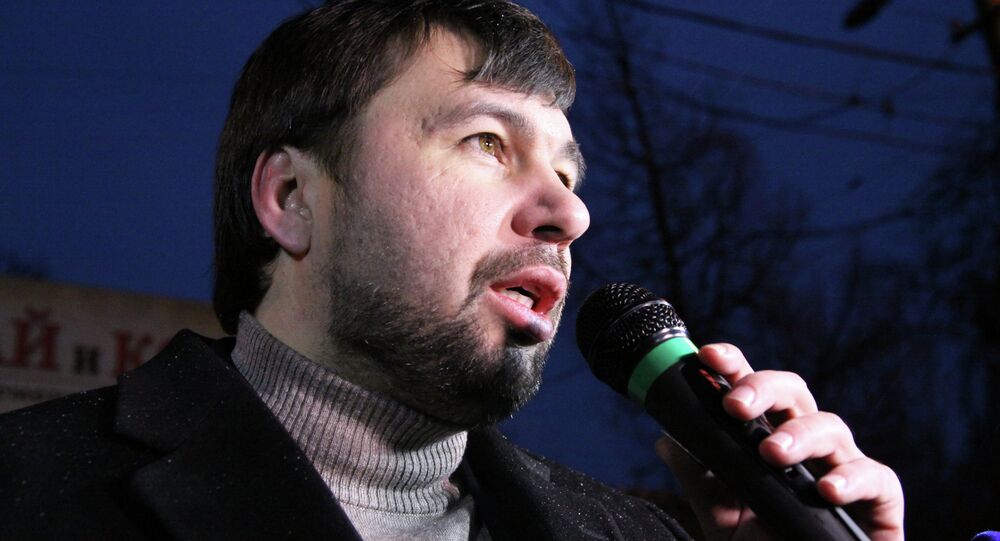 The envoy of the DPR and LPR were ready to leave Minsk talks right after it had become clear that the Kiev authorities were not going to be present at the meeting.

© East News / Ukrafoto
Donetsk Self-Defense Forces Ready for Truce Talks With Kiev
MINSK, January 30 (Sputnik) — Representatives of the Donetsk People's Republic and Luhansk People's Republic are leaving Minsk where the contact group meeting on Ukraine should have been held on Friday.

"We are leaving today," the representative of Donetsk People's Republic Denis Pushilin has confirmed.

“Today we have an agenda that is weighed and agreed upon. The main task for us is to avoid victims on both the LPR and DPR’s (Donetsk People’s Republic) side, as well as from the side of Ukraine. Unfortunately, Ukraine has again avoided solving this task and avoiding dialogue that would lead to solving it,” Vladislav Deinego told journalists in Minsk.

The heads of both the Donetsk and Luhansk People’s republics, Alexander Zakharchenko and Igor Plotnitsky respectively, are prepared to arrive in Minsk to sign an agreement on settling the situation in eastern Ukraine, Deinego added.

“The leaders of the DPR and LPR are ready to come to Minsk to sign the agreement. We have the text and it’s ready,” Deinego said.

He added that in order for the two leaders to arrive, Kiev needs to send an official representative who can sign the agreement.