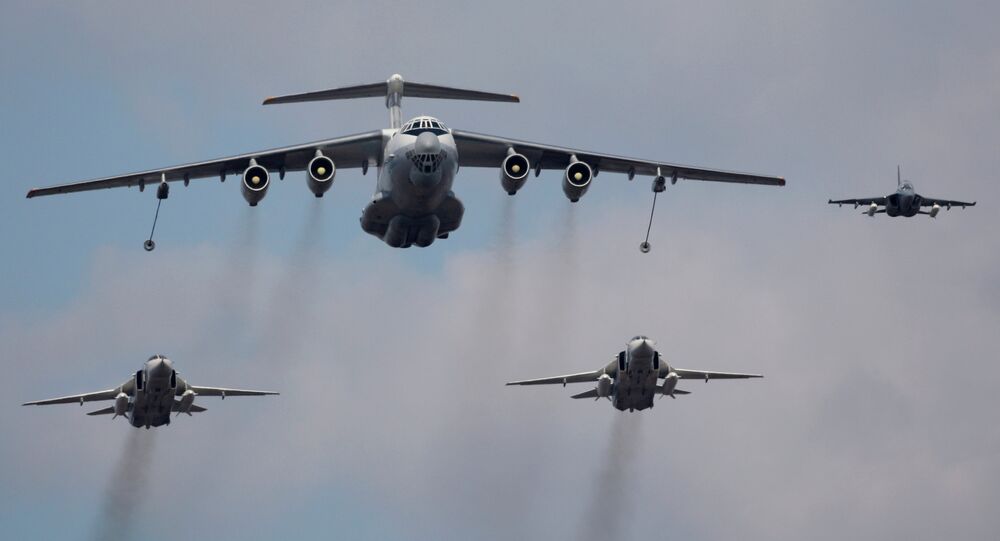 Typhoon fighter jets were scrambled to intercept a Russian Il-78 refueling aircraft after it entered the Baltic Sea.

The Russian Defense Ministry has not commented on the incident.

"Flying any military aircraft in or close to the sovereign airspace of another country signals displeasure or at worst aggression," defense watchdog Royal United Services Institute spokeswoman Elizabeth Quintana was quoted as saying by the newspaper.

© Photo : Wikipedia / Kirill Naumenko
NATO Scrambles Fighters After Russian Il-20 Spotted Over Baltic Sea
According to her, the bombers did not violate British airspace, but did diverge from their standard route.

Russia's ambassador to Britain, Aleksandr Yakovenko then said that Russian Air Force flights over the English Channel complied with international law and cannot be considered threatening or destabilizing.