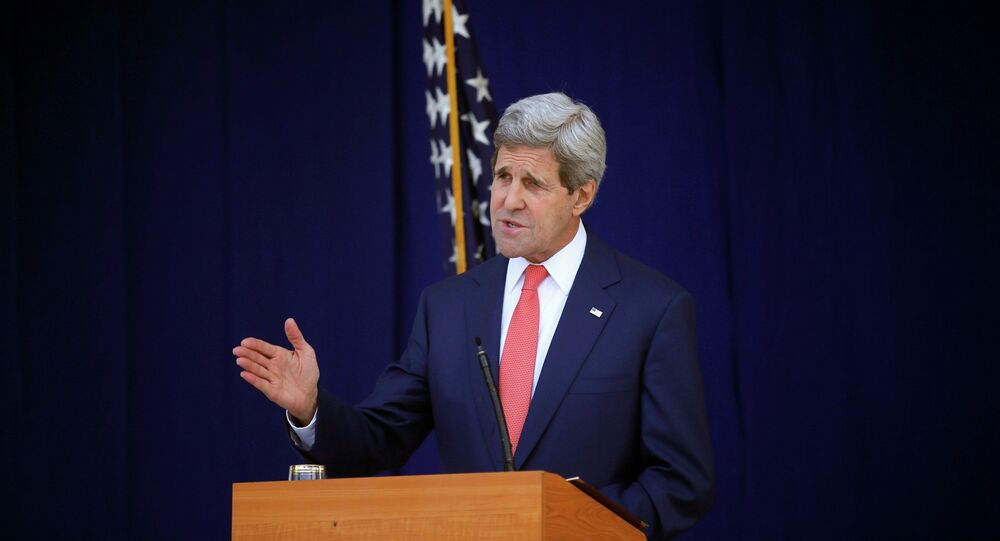 US Secretary of State insists on the suspension of International Monetary Fund credit to Ukraine.

“The Ukrainian talks on a new tranche allocation are struggling. And in the recent days, reportedly, US Secretary of State John Kerry visited the IMF headquarters personally and insisted on suspension of Ukrainian credit consideration,” the source told the media.

Kerry’s exact comments are unknown, though it is clear that there is disappointment by donors with the lack of promised reforms in Kiev, the source added.

The IMF is currently discussing with Ukraine an allocation of additional credit. The negotiations are supposed to last until next week.

Ukraine's economy is suffering as a result of an ongoing internal political crisis. Kiev authorities are trying to rescue the country's economy using international loans, including a $17 billion loan from the IMF, which the organization approved May 2014.

The IMF said, however, that if fighting in Ukraine continues, the country will need additional funds.

Earlier in January, Ukrainian President Petro Poroshenko said that Kiev hopes to get $13-15 billion from international creditors including from the United States and the European Union over the next two years.