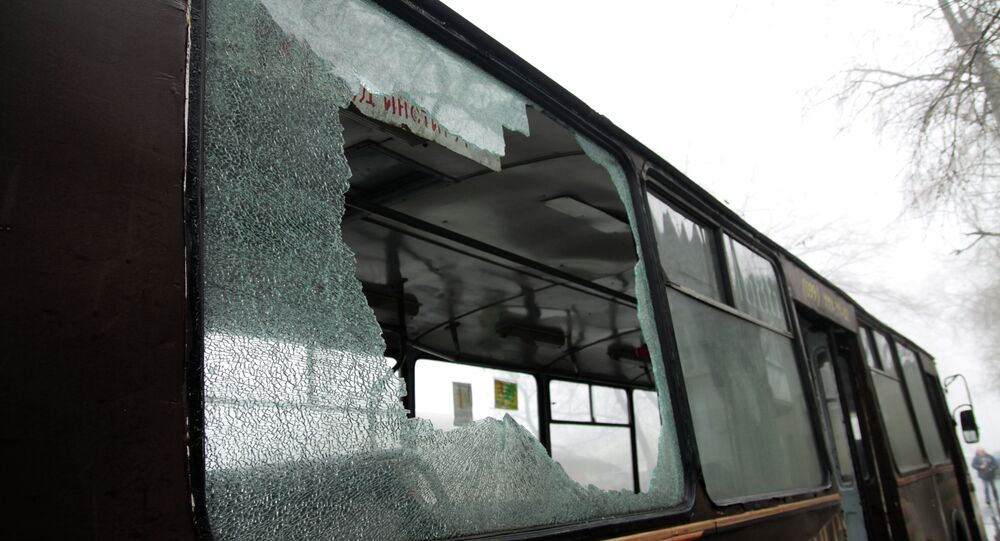 © Sputnik / Mikhail Klementyev
Putin Discusses Worsening Situation in SE Ukraine With Security Council
MOSCOW, January 30 (Sputnik) — A trolleybus has come under massive fire at a stop on Matrosov avenue, according to Donetsk authorities.

The city's cultural centre has also come under mortar shelling.

At least 12 were killed both in the trolleybus and Donetsk city's centre shelling.

Fierce fighting between independence supporters and government troops in the region has already killed dozens and wounded over a hundred in the past week. At least 30 civilians were killed Saturday in a series of artillery attacks on the port city of Mariupol, with both sides trading blame for the violence.