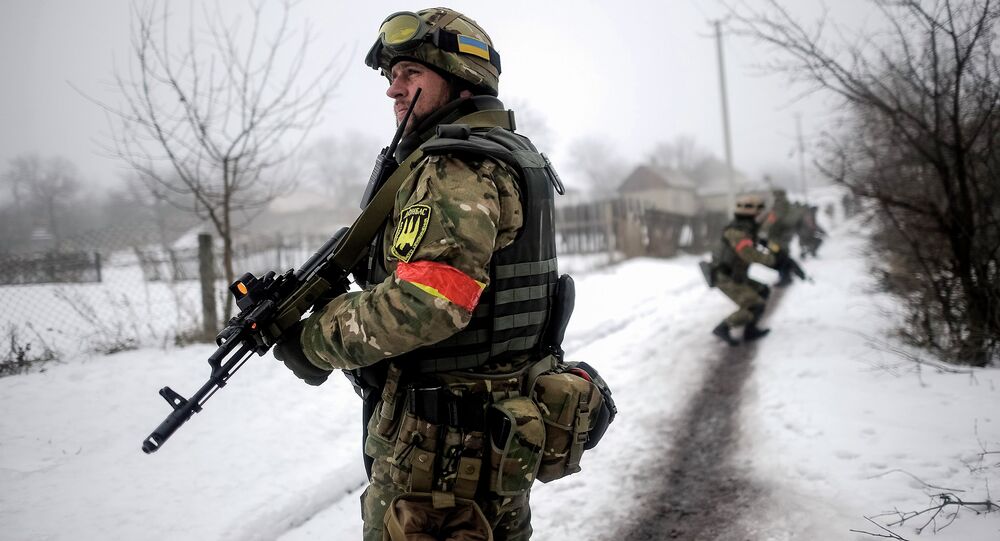 “Right now the Ukrainian army is not engaged in combat operations against Russian regular units,” he underscored.

Muzhenko added, however, that he had information about Russian civilian and military individuals fighting alongside independence supporters in the country’s east.

© Sputnik / Andrei Stenin
US Unable to Confirm Recent Reports of Russian Troops in Ukraine
He also said the Ukrainian army had everything it needed to rout what he described as illegal armed units in Donetsk and Luhansk regions.

Speaking at the Davos economic forum on January 21, Ukrainian President Petro Poroshenko said there were upwards of 9,000 Russian military personnel fighting on the side of the self-proclaimed Donetsk and Luhansk People’s Republics. Russia denied the charge dismissing it as a “primitive fake”.

“There is absolutely no way you can possibly hide huge military formations on a relatively small territory wide open to reporters and OSCE representatives,” the General Military Staff said in a statement.

© AFP 2021 / STRINGER
American Soldiers Caught on Tape in Mariupol? (VIDEO)
Since the start of the government forces' military assault on eastern Ukraine's independence supporters in April 2014, Kiev and the West have repeatedly accused Russia of intervening in the Ukrainian crisis. The accusations went as far as to claim that Moscow sent troops and weapons to help the independence militias.