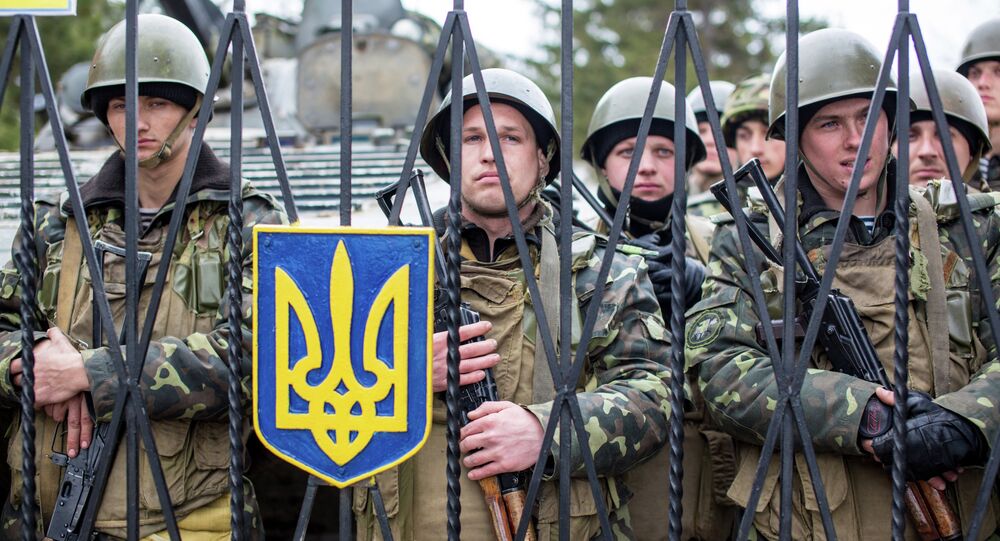 Ukrainian hacker group CyberBerkut has published documents that reveal a grim picture of Ukraine’s military operation in Donbas – 1,100 soldiers dead over the last two weeks, more than 100 tanks and other military vehicles destroyed, poor discipline and army defection have become the new reality of Ukraine’s war campaign in the country’s east.

The cyber activists allegedly hacked a computer of the Ukrainian Judge Advocate General, leaking a number of classified documents. The documents reveal that, in reality, Kiev is struggling to keep things under control, desperately trying to cover up the real situation in Ukraine’s east, where government troops are involved in a so-called “anti-terrorist operation”.

© REUTERS / Alexander Ermochenko
Donetsk Reports Over 200 Ukrainian Soldiers Killed in Last 24 Hours
According to the leaked documents, Kiev is paying a high price for its military operation: over 1,100 Ukrainian soldiers have died and more than 100 tanks have been destroyed in the last two weeks, some servicemen defected from the Ukrainian army, preferring to surrender to the Donbas militia, RT reports.

These horrible revelations come as Ukrainian President Petro Poroshenko said on Thursday that the country has recruited another 45,000 draftees during the first nine days of mobilization. Ukraine plans to hold three waves of mobilization this year. The first wave started on January 20 and plans to draft 50,000 conscripts, while the second wave will start in April.

© AFP 2021 / OLEKSANDR STASHEVSKIY
Poroshenko Promises More Money to Kiev Soldiers Amid Draft Evasion
Earlier, it was reported that Ukraine was experiencing massive draft evasion. Groups of military-aged Ukrainian men were leaving the country and running to Russia to avoid being sent to the conflict zone as “cannon fodder”.

CyberBerkut has already done a few high-profile hacks that changed the course of conversation about Ukraine. Victoria Nuland's famous words "F**k the EU!" and her secret plot to assemble a post-coup government in Kiev became public after the hacktivists leaked the recording. The group also leaked information about sniper at the Maidan Square, shooting indiscriminately at both police and protesters during the last days of the Yanukovich government.