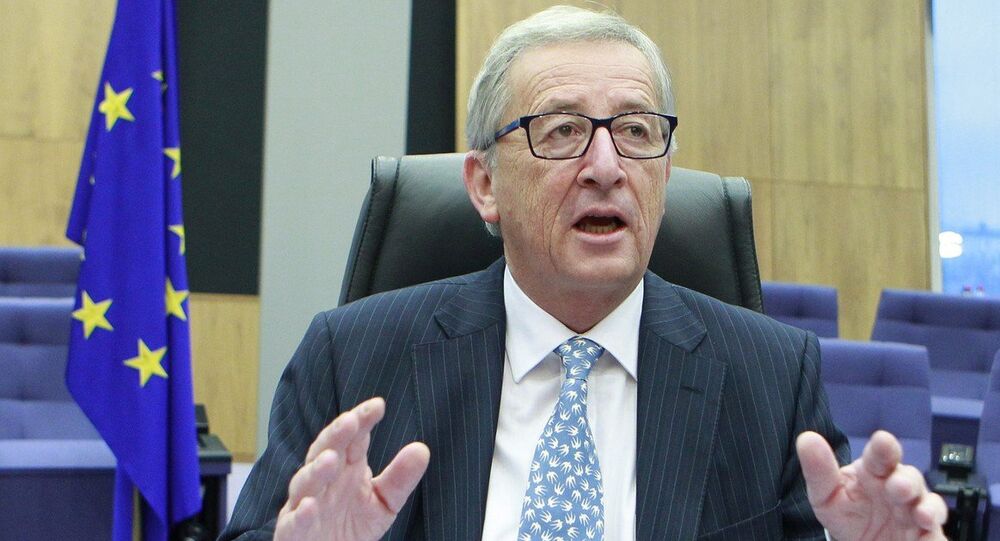 Speaking about the new government in Greece and their pledge to renegotiate the terms of the country's massive $290 billion debt, President of the European Commission Jean-Claude Juncker has said that Greek debt-relief is absolutely "out of question".

MOSCOW, January 29 (Sputnik) – Members of the Eurozone will not accept Greece’s demands for debt-relief, the President of the European Commission told Le Figaro in an exclusive interview.

© REUTERS / Marko Djurica
Syriza’s Party Leader Says Greece Will Resolve Debt Issue With Partners
“There is no question about abolishing the Greek debt. Other Eurozone countries will not accept this,” said Jean-Claude Juncker, the head of the European Commission, the executive branch of the European Union (EU), as quoted by Le Figaro.

Faced with the change of power after the Sunday parliamentary elections in Greece, Juncker said that it is important to respect previous agreements between Greece and the EU. However, the president said that he is open to a dialogue with the new government in Greece. On Monday, Juncker had a phone conversation with Alexis Tsipras, the new Prime Minister of Greece.

“He [Tsipras] told me that he does not see himself as a threat to Europe, but as a challenge. To which I answered to him that Europe is not a threat to Greece either, but a challenge.” – Juncker told Le Figaro.

Do you believe SYRIZA can fix Greek economy?
Voted: 1257
All polls
Juncker further added: “It is not true that a new world has emerged after the Greek election. We respect the choice made by the people of Greece on Sunday, but they [the Greeks] must also respect others, public opinion and parliamentarians from the rest of Europe. Arrangements are possible, but they cannot fundamentally change what is already in place.”

The President of the European Commission also said that he sees Greece as a constructive player both within the Eurozone and the EU, Le Figaro reports.

Syriza emerged as a clear winner following the Sunday parliamentary elections in Greece. The party pledged to put an end to the widely unpopular austerity measures imposed by the troika of international creditors – the EC, the International Monetary Fund (IMF) and the European Central Bank. The new Greek government said they want to renegotiate the terms of Greece’s debt, worth 240 billion euros ($270 billion), the promise that has caused anxiety in Brussels.