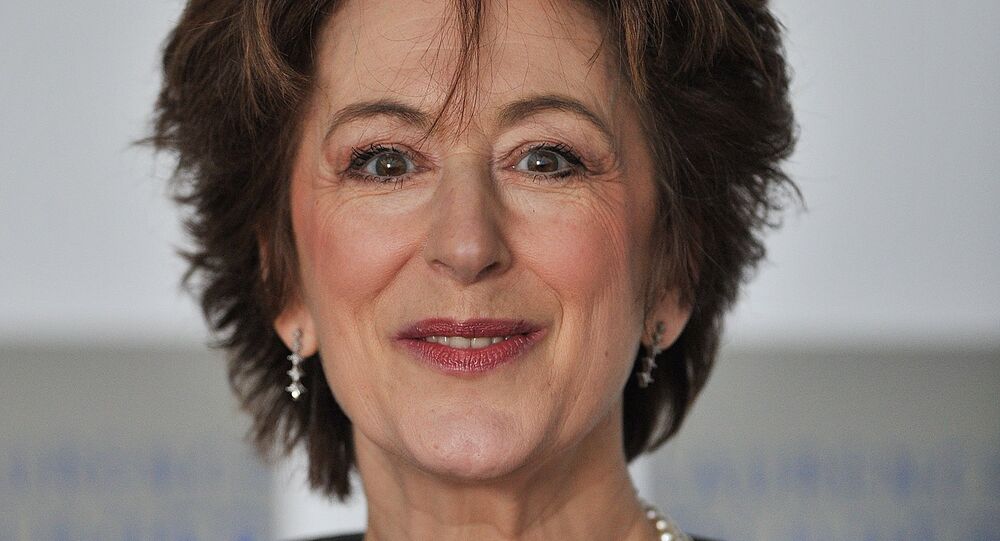 Maureen Lipman known for her role in Roman Polanski's The Pianist (2002) said that the recent deepening of anti-Semitic sentiments is "very, very depressing".

MOSCOW, January 28 (Sputnik) — British actress Maureen Lipman said Wednesday that she may leave the United Kingdom due to the rise of anti-Semitism and the increase in attacks on Jews in the country.

© REUTERS / Finbarr O'Reilly
UK Jewish Leader Says Paris Anti-Semitic Attack Watershed for French Jews
"When the going gets tough, the Jews get packing…it's crossed my mind that it's time to have a look around for another place to live," Lipman said speaking on Leading Britain's Conversation (LBC) Radio.

Lipman, known for her role as a Jewish mother in a series of adverts and appearing in Roman Polanski's The Pianist (2002), added that anti-Semitism has been on rise for the past 4,000 years and described the recent deepening of anti-Semitic sentiments as "very, very depressing".

"When the economy dries up, then they turn on the usual scapegoat. The usual suspect. The Jew," Lipman was quoted as saying by LBC.

Earlier in January, the Board of Deputies of British Jews and the Jewish Leadership Council (JLC) warned of the possible reemergence of anti-Semitism in the United Kingdom, as the Campaign Against Anti-Semitism (CAA) found record highs in the number of anti-Semitic incidents in Britain.

The research by YouGov commissioned by CAA revealed the shocking scale of anti-Semitism across the United Kingdom, stating that the "year 2014 saw a record-breaking number of anti-Semitic incidents perpetrated against Jewish people and Jewish property in Britain."

According to another CAA poll, over 50 per cent of British Jews said that they felt they had no future in the United Kingdom and over 25 per cent considered leaving the country.