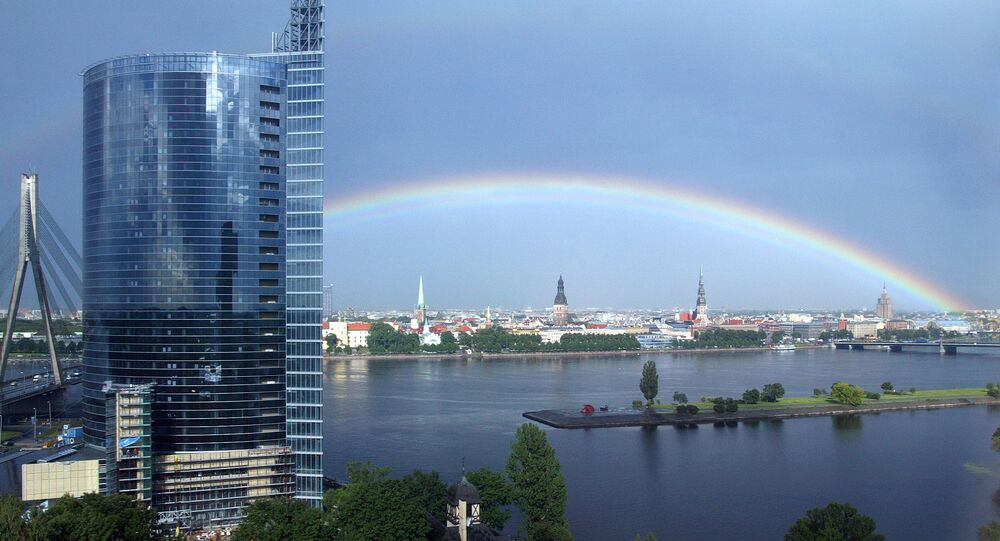 The population of Latvia dropped by 25 percent between 1990 and 2014. According to Eurostat data, if emigration from Latvia remains at the current level and the demographic dynamics stays the same, the country will eventually lose another 20 percent of its population.

MOSCOW, January 28 (Sputnik) — Latvia set a new demographic low in 2014 with its population declining below 2 million people for the first time since 1954, Vesti.lv reported.

In all, the population of Latvia dropped by 25 percent between 1990 and 2014. Between 2000 and 2014 the country lost 380,000 people (16 percent of the population), according to a survey commissioned by the Ministry of regional development.

According to Eurostat data, if emigration from Latvia remains at the current level and the demographic dynamics stays the same, the country will eventually lose another 20 percent of its population.

© Sputnik / Sergey Kuznecov
Latvia Forced to Deny That Speaking Russian Banned in the Workplace
The forecast is really unnerving – the population of Latvia could decline by a total of 45 percent within 30 years (1990-2020).

More than 50 percent of Latvians live in the capital Riga and the Riga region. The country is rapidly moving to be the European country with the lowest population density.

The population has progressively declined even in economically developed regions of the country.

Another sign of the demographic crisis is the steady decline in the gainfully employed population. According to the survey, currently Latvia has only 63 percent of working-age population which declines by 1.5 percent a year. In many regions unemployed people (children under 15 and adults over 62) constitutes 50 percent or more of the population. Because of the high unemployment rate, these Latvian regions have no other options but to receive financial support from Riga and the government.

The Eurostat modestly pessimistic forecast says the population of Latvia will be 1.635 million people by 2030.

The government should name demography the top priority, increase the birth rate and create good conditions for young families. Otherwise, Latvia either will be a "desert" or will have to attract a great number of immigrants, according to the article.

Latvia is not threatened by Russia or by Russian-speaking residents, it is threatened by its own critical economic situation which forces Latvians to leave the country, the article concludes.