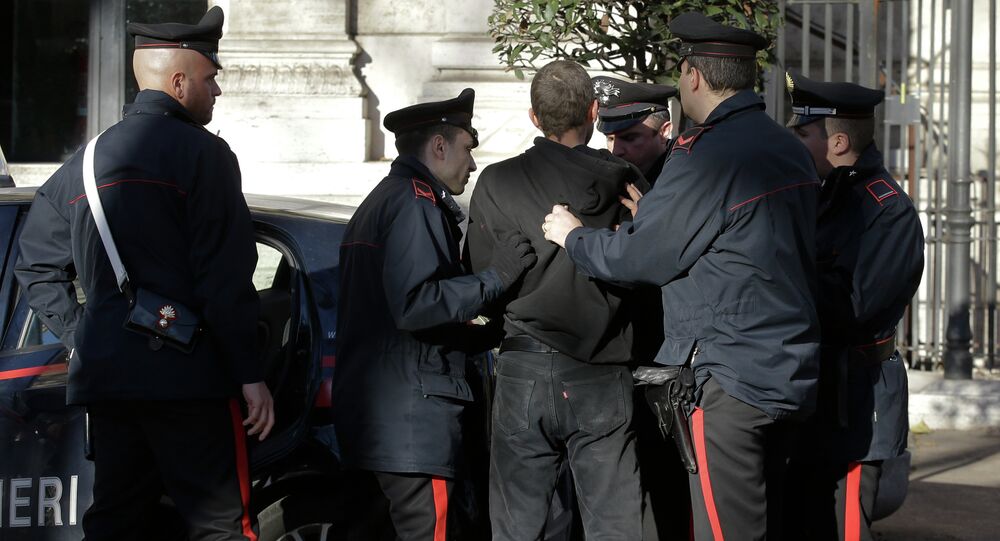 The 'Ndrangheta mafia is currently the most powerful crime syndicate in Italy. It has controlled the European cocaine trade since late 1990.

The 'Ndrangheta mafia is currently the most powerful crime syndicate in Italy having been credited with controlling the European cocaine trade since late 1990.

"I can't recall an intervention of this type to combat a strong and monolithic criminal organization, deeply infiltrated," National Anti-Mafia Prosecutor Franco Roberti was quoted as saying by Gazzetta del Sud.

© AP Photo / Secretaria de Seguridad Pública Municipal de Tijuana
Mexican Cartel Drone Carrying Six Pounds of Drugs Crashes at US Border
Underpinning the outcomes of the operation, Roberti emphasized that it was "imposing and decisive in the fight against the mafia in the north," according to the Italian newspaper.

Over 40 arrests were made in Calabria, the birthplace of the criminal organization, and 117 detentions took place in the Emilia-Romagna region, according to local media reports.