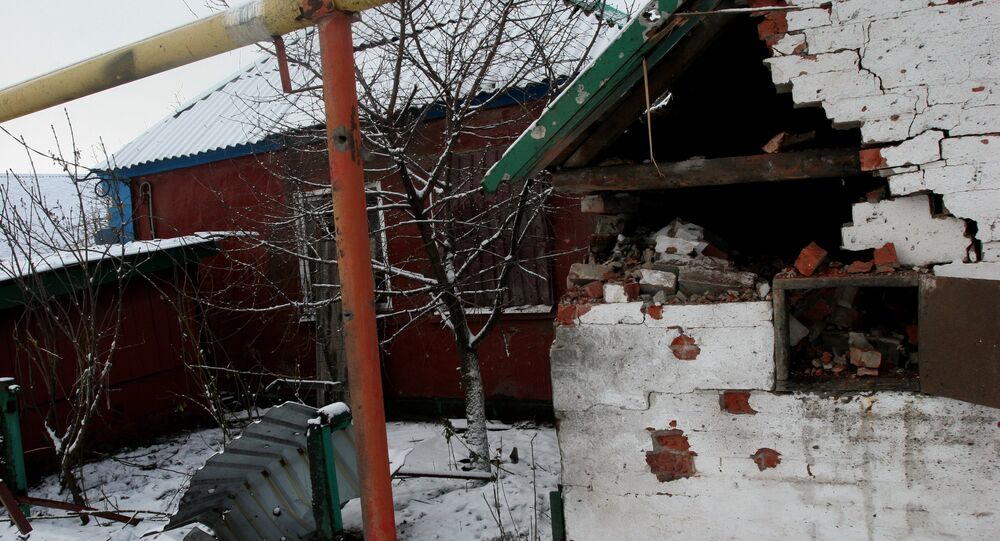 The International Committee of the Red Cross described the worsening humanitarian situation in Ukraine’s east as "awful" calling on the parties of the military conflict to respect civilian lives.

“This is an awful situation that is currently developing in the area. This is against all principles of international humanitarian law,” said Corbaz, ICRC head of operations for Europe and Central Asia.

Fierce fighting between militias and government troops in the breakaway regions of Donetsk and Luhansk has killed dozens and wounded over a hundred in the last week. At least 30 civilians were killed Saturday in a series of artillery attacks on the port city of Mariupol on the Sea of Azov, with both sides trading blame for the violence.

At least 27 people died last week in attacks on the city of Donetsk, a major stronghold of eastern Ukrainian militias. Over the past months, the city has been pounded by Ukrainian army rocket fire. A Swiss Red Cross worker was killed in an October shelling of the organization’s office, situated close to militia headquarters.

Corbaz said the Red Cross will continue its work in the region. He stressed that an earlier pause in October 2014 during an investigation into the death of their colleague was necessary. The ICRC official stated the organization will continue its mission in the same way that Donetsk residents continue to go about their daily life in between bombings.

“It’s not at all the same case right now. Even if there are heavy fightings in the area right now, like it was over the past weekend, we stay committed to working in Luhansk, in Donetsk, in any of the surrounding areas,” Corbaz said.

© REUTERS / Oleksandr Klymenko
Luhansk Urges Minsk Contact Group to Prepare Final Version Documents
There has been recently an upsurge in hostilities, after the government in Kiev admitted to a major security operation intended to retake the contested Donetsk airport, northwest of the city.

The United Nations estimates that over 5,000 have been killed in the fighting, while some 1.4 million residents desperately need humanitarian assistance. According to the World Health Organization, hostilities have destroyed or closed half of the health care facilities in eastern Ukraine, and that over 70 percent of health workers in the region have fled.