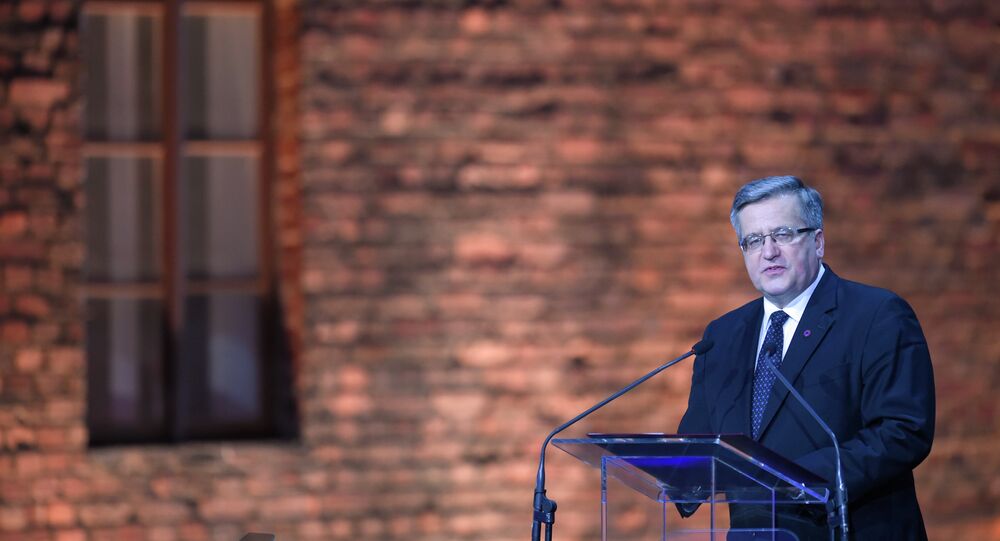 Poland remembers with gratitude and respect the Red Army soldiers who liberated the Auschwitz-Birkenau Nazi concentration camp, Polish President Bronislaw Komorowski said at the opening ceremony of the event commemorating the 70th anniversary of the liberation.

Last week, Polish Foreign Minister Grzegorz Schetyna, speaking on national radio, claimed that the Auschwitz-Birkenau concentration camp was liberated by Ukrainians since the operation was carried out by the First Ukrainian Front. The comments caused outrage among Russian leadership.

Earlier in January, Ukrainian Prime Minister Arseniy Yatsenyuk remarked on what he called "Soviet invasion [of] Ukraine and Germany" in a visit to Berlin.

Russian President Vladimir Putin said on Monday that any attempts to revise Russia's contribution to the victory in the fight against Nazism during World War II should be viewed as glorification of Nazi crimes.

Soviet troops under the command of Marshal Ivan Konev entered southwest Poland and liberated 7,600 prisoners from Auschwitz-Birkenau on January 27, 1945. The Nazi camp, which has become the biggest and most notable symbol of the Holocaust, now houses the Auschwitz-Birkenau State Museum.

Though the exact number of Auschwitz victims will never be known, since many documents were destroyed by Nazi forces, an estimated 1.5 million to 4 million people perished at the concentration camp.