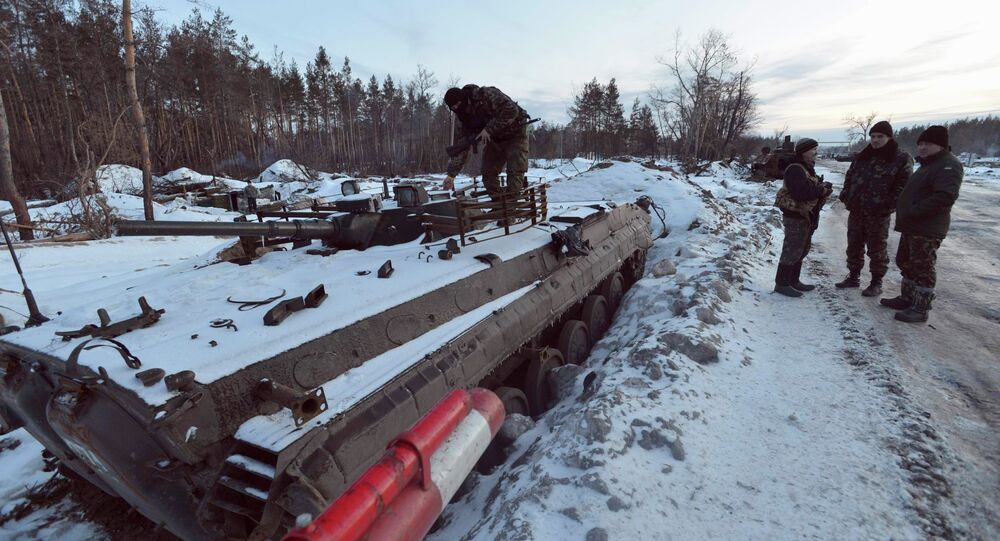 The self-proclaimed people's republics of Luhansk and Donetsk are not going to sign any drafts on the Ukraine crisis resolution. LPR leader Igor Plotnitsky urges the Minsk Contact group to prepare agreements in their final version.

The Contact Group comprises envoys from Kiev, DRP, LPR, Russia and the Organization for Security and Co-operation in Europe (OSCE). The group's September 2014 meetings in the Belarusian capital Minsk resulted in a ceasefire agreement between the warring sides.

“All of the issues are to be discussed and agreed upon first by the Contact Group, and only then, if they are able to agree, [DPR leader Alexander] Zakharchenko and I will come, and only then will there be any signing of official documents,” the Luhansk Information Center quoted Plotnitsky as saying.

The LPR leader specified that the Contact Group must discuss the removal of the self-proclaimed republic's "blockade" by Kiev. "That is the removal of blocked roads, paying pensions, and so on. Obviously the issues of exchanging prisoners and a ceasefire will be raised," Plotnitsky said.

© Sputnik / Mikhail Palinchak
Merkel, Hollande, Poroshenko Hope for Contact Group Meeting on Ukraine by Thursday, Kiev Says
Since a ceasefire deal signed at a Contact Group meeting in September, Kiev forces and the Donbas militia have been accusing each other of violating the truce.

Earlier on Tuesday, Plotnitsky said that Kiev, DPR and LPR representatives met in Donetsk in order to discuss the renewal of reconciliation talks.