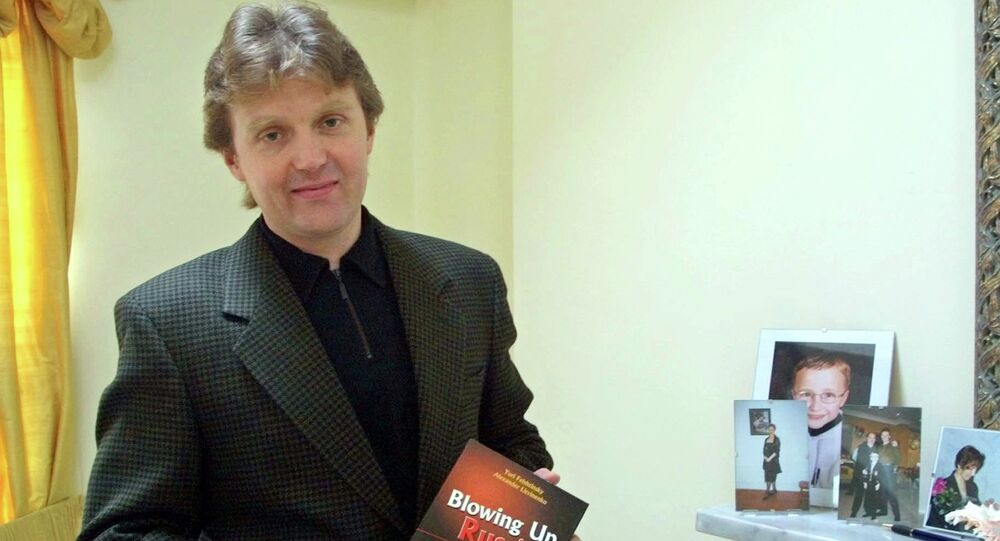 Ex-Russian spy Alexander Litvinenko died more than eight years ago, but with the public inquiry starting today, his case is still alive and well. While accusations are flying around, blaming Moscow, Washington and even London, investigators will try to find out who was behind the death of Litvinenko.

MOSCOW, January 27 (Sputnik) — More than eight years after the death of ex-Russian spy Alexander Litvinenko, a public inquiry into his case opens on Tuesday, the Telegraph reports.

© AP Photo / John Stillwell
Not-so-Public Inquiry into Litvinenko Radiation Death under Way
For the first time during the public inquiry of Litvinenko’s case, his last movements caught on CCTC will be shown. This may help to understand the whole story behind Litvinenko’s death, the Telegraph says.

The 43-year old died in November 2006 after allegedly drinking tea laced with radioactive Polonium-210 at the Millennium Hotel in Grosvenor Square, London. He was believed to work for Britain’s MI6 intelligence service.

Sir Robert Owen, one of Britain’s most senior judges, will chair the inquiry and investigate whether there could have been two prior attempts to murder Litvinenko before he was poisoned in 2006, the BBC says.

Recently, it was reported that US intelligence may have intercepted messages between those involved in the murder. If this turns out to be true, these communications could be the key evidence that would help to find out who was behind Litvinenko’s death, the Independent reports.

Two Russian citizens, Andrei Lugovoi and Dmitry Kovtun, will be invited to testify via a video linkup in inquiry, Sir Robert Owen said.

Following the mysterious death of Litvinenko, Britain identified Lugovoi as a prime suspect in the case and demanded his extradition from Russia. Moscow denied the extradition request, but allowed the suspect to be questioned while he is in Russia.

Previously, Litvinenko’s brother Maxim told the Daily Mail that the United States, Israel or even Britain could have been responsible for the death of his brother.

“It could have been the English, the Israelis, the Americans. Why would British secret services want my brother dead? To build public opinion against [Russian President Vladimir] Putin,” Maxim Litvinenko said, as quoted by the Daily Mail.

Nonetheless, Litvinenko’s wife Marina says Alexander blamed the Kremlin, while he lay on his deathbed, however, Russia denies any involvement, the BBC reports.

The death of Litvinenko, who was a British citizen, led to a straining of relations between Moscow and London.

Alexander Litvinenko: Widow says ‘a kind of justice’ will be achieved at inquiry Independent http://t.co/kToiNatAPv pic.twitter.com/Xf0yt8teD7